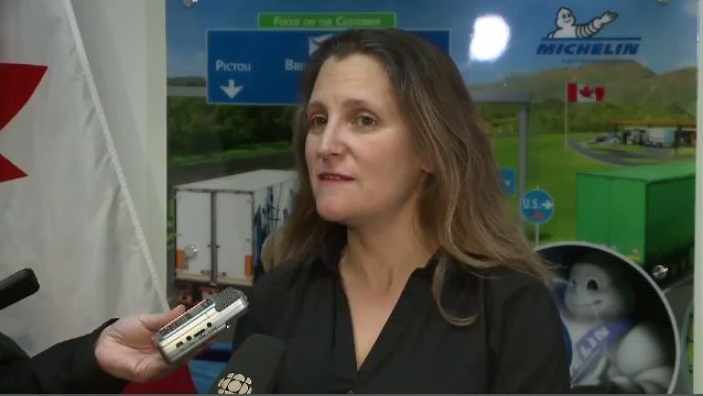 FREDERICTON -- The four Atlantic premiers are set to meet Monday in St. John's, N.L., and a couple of guests will expand the list of topics up for discussion.

New Brunswick Premier Blaine Higgs says he wants to talk to talk with her about Canada's softwood lumber deal with the United States.

Higgs is pushing to have his province exempted from tariffs imposed on softwood lumber exported to the U.S.

On Friday, NB Power and Hydro-Quebec announced a deal that will see more clean hydro power from Quebec sold to New Brunswick over the next 20 years.

This report by The Canadian Press was first published Jan. 10, 2020.