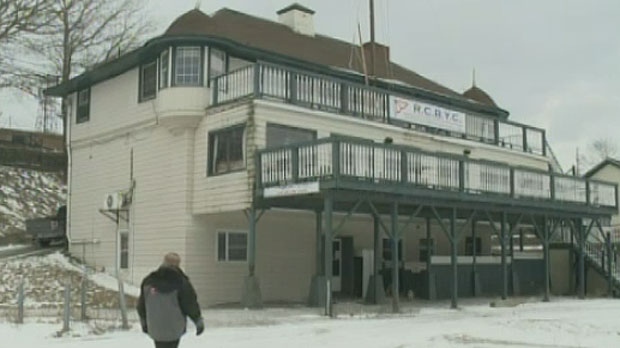 The Royal Cape Breton Yacht Club is mired in debt and slated for demolition.

The Royal Cape Breton Yacht Club is one of the oldest landmarks of its kind in Canada, but Sydney’s last historical waterfront building is mired in debt. Its infrastructure is deteriorating and membership is declining.

The property is being sold to Enterprise Cape Breton, which wants the land but not the club.

“We have no immediate plans for the clubhouse,” says Marlene Usher, acting CEO of Enterprise Cape Breton. “However, we have stated that we plan to tear it down. No timeline for demolition has been established.”

Two local historical societies are fighting to save the yacht club from the wrecking ball and citizen Rod Gale started a Facebook Group in support of the campaign. The group has attracted more than 2,300 followers.

Critics are also angry that the yacht club’s new federal owner has just finished pumping millions of dollars into a new marina on the Bras d’Or Lakes.

The Ben Eoin Marina is a $4-million bet that boaters would rather dock in Bras d’Or than tie up in Sydney Harbour.

Construction of the facility was fast tracked last year, which angers tourism operator Bob Doucette, a longtime proponent of another marina who blames the failure of their northern Cape Breton project on Enterprise Cape Breton.

“The Crown corporation had decided that it was no longer going to fund marina projects, period,” says Doucette. “When something like that happens, it pulls the rug out from under you.”

The Royal Yacht Club’s charter may be transferred to the new marina along with its memberships, but the club itself will likely disappear from the harbourfront.