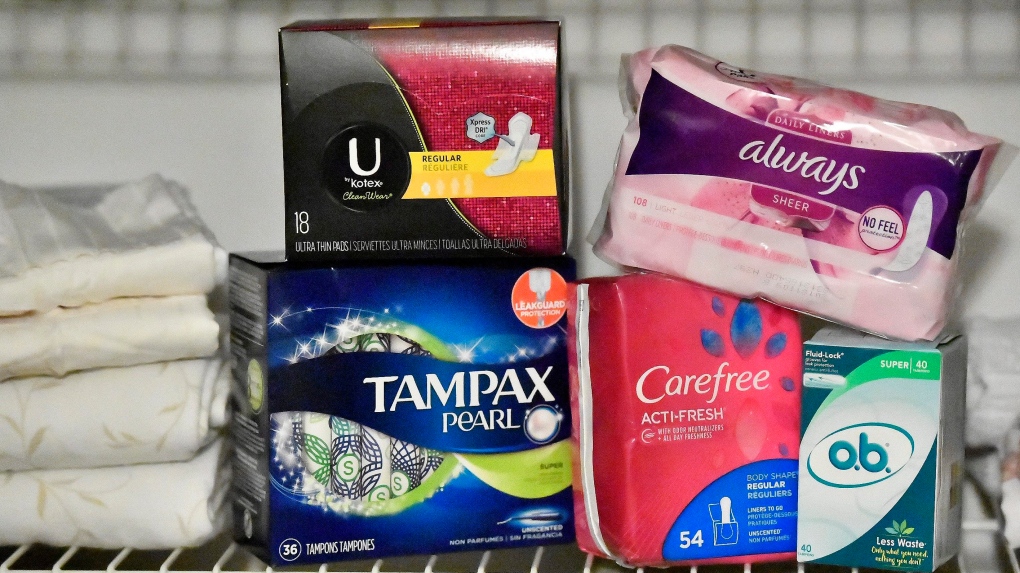 HALIFAX -- Public library branches in Halifax will provide free menstrual products in washrooms, as the city considers distributing them for free at all municipal facilities.

Asa Kachan, chief librarian and CEO for Halifax Public Libraries, said the 14 branches have been discreetly providing the products for years to patrons who have asked for them.

"What we realized was the fact somebody had to ask for it was in itself a barrier," said Kachan. "So as a library it seems very simple for us to take those out from behind the counter and just provide them in our washrooms."

She said it's about meeting a need when not everyone can afford to purchase menstrual products.

"We wanted to make sure that as we provide this we acknowledge both the needs of women as well as transgender individuals," said Kachan.

She said the library system also wants to encourage participation by the wider community and the hygiene initiative is a way to help that to happen.

Some of the products are donated by community groups, Kachan said, but the library system foots the bulk of the cost as part of its operating budget.

"It's really an extension of providing toilet paper and soap," Kachan said. "These are basic hygiene products ... that allow people to deal with the physiological realities of their day."

The libraries' move follows city council's decision last month to ask city staff to explore the distribution of free menstrual products like tampons and pads at facilities such as community centres, pools, and arenas.

Councillor Lorelei Nicoll said she got the idea from London, Ont., where city council voted unanimously in April to provide products in all public facilities such as pools and arenas.

Nicoll said she hasn't been apprised yet of the status of council's request for a pilot project to test the viability of a municipal program.

"I'm hoping that we will be the second municipality in Canada to provide these products free," she said. "Because the library has taken that initiative I'm hoping that it's kind of a no-brainer."

Karla MacFarlane, a Progressive Conservative member of the Nova Scotia legislature, said while she applauds what's happening in Halifax, more needs to be done province-wide to help people who struggle financially, especially in rural areas.

MacFarlane has tabled a private member's bill that calls for an amendment to the province's Employment Support and Income Assistance Act.

The proposed change would designate menstrual hygiene products as a special need and provide additional allowances for those products. Community Services Minister Kelly Regan has said she would consider the change.

"I don't think we can underestimate the effect that period poverty has on individuals," said MacFarlane. "It's something we can fix."

A survey carried out last year by Plan Canada International suggested one-third of women under age 25 found it difficult to afford menstrual products.

The Halifax efforts arise out of a series of similar measures across the country.

Last month, the federal government proposed that workers in federally regulated workplaces should have access to free menstrual products.

Ontario's Waterloo Region District School Board, the New Westminster School Board in British Columbia, and homeless shelters in Toronto will also offer free products in the coming months.