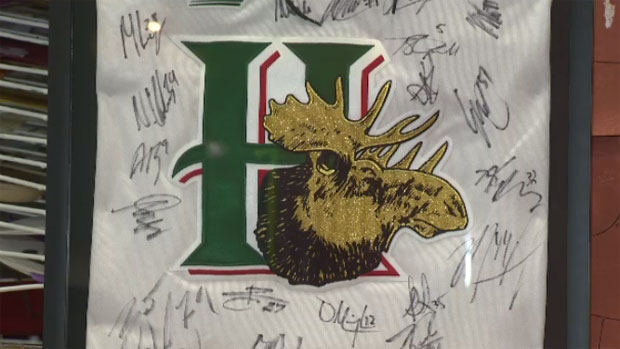 HALIFAX -- The Halifax Mooseheads are postponing two games after an employee tested positive for COVID-19.

On Saturday, the team issued a release saying an employee of the Halifax Mooseheads, who has not been in contact with any players or hockey staff, received a positive COVID-19 test.

The league issued a memo to Mooseheads’ executives in which it outlined the following steps to take in accordance with COVID-19 protocols:

Rescheduled dates will be announced in the coming days. Fans who previously purchased tickets for the games can use their ticket for admission to the rescheduled games or receive a full refund or exchange via Ticket Atlantic by calling 902-451-1221.

Southern Alberta woman in her 20s dies from COVID-19

Ontario places Toronto and Peel Region under lockdown. Here's what you need to know