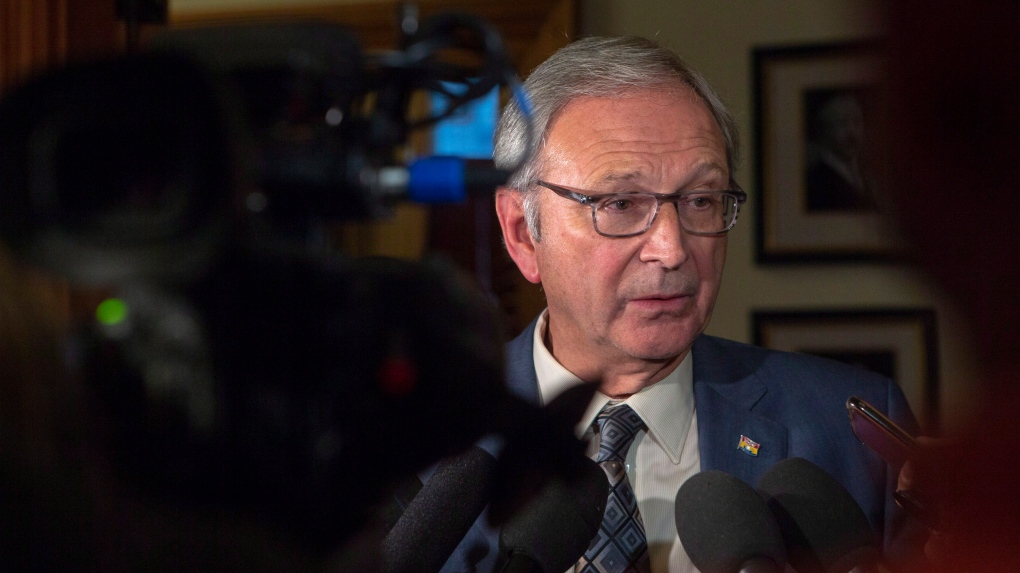 FREDERICTON -- New Brunswick's Tory leader says his first priority "when" he becomes premier will be to find a solution to the province's paramedic shortage.

Blaine Higgs says on his government's first full day in office, he will call on Medavie -- the company that manages the ambulance service -- and give them a week to come up with solutions.

Higgs said he expects the minority Liberal government of Premier Brian Gallant will be defeated in a confidence vote Nov. 2, which will prompt the lieutenant-governor to ask him to form a Tory government.

"We will call in Medavie and tell them it is not acceptable that ambulances sit empty while families wait for urgent help," Higgs said Thursday in his response to the Liberal government's throne speech.

A court ruling last year said bilingual paramedic services must be provided, but a labour adjudicator said there may be ways to lessen the language requirements, so the Liberal government has asked for a judicial review to be heard in late January.

But Higgs said a solution is needed sooner.

"We will give (Medavie) the mandate to generate options to meet their service requirements and respect the language laws," Higgs told the legislature. "They can use the ideas generated by the Paramedic's Association, or they can generate alternatives. But they have a week to give us options."

There are more than 100 paramedic vacancies in the New Brunswick and response times for ambulances are slipping.

The Liberals won 21 seats in last month's election, one fewer than the Tories, while the People's Alliance and Green parties each won three.

Without a majority, the Tories would require support from the smaller parties, but their leaders say they still haven't decided how they'll vote.

Green Leader David Coon is a supporter of the federal government's carbon tax, and was asked if the provincial Liberal's opposition to the tax could sway his decision.

"It's not going to be one single thing that makes up my mind," he said. "I have to look at this in a holistic manner."

In fact, Coon said he was concerned that Higgs did not address climate change in his response to the throne speech.

"That's a huge gap that existed in his speech," Coon said.

People's Alliance Leader Kris Austin said while he was pleased to hear Higgs talk about fixing the ambulance issue, he said Higgs didn't side with the arbitrator's ruling as the solution.

"I was hoping to see it in his response, but I didn't. So we're going to have to go back to him to make sure that's part of his throne speech going forward," Austin said.

Higgs was critical of the Liberal throne speech, calling it a shopping list that "mentions everything and everyone, but solves nothing."

He said when he gets the chance to present a throne speech, it will contain just five to ten priorities for the province, and once they're completed, he'll make a new list.

If the Liberals lose the confidence vote on Nov. 2, Higgs said he expects a Tory throne speech could be delivered by late November or early December.