How 2019 could bring Canada's first Green government - on P.E.I. 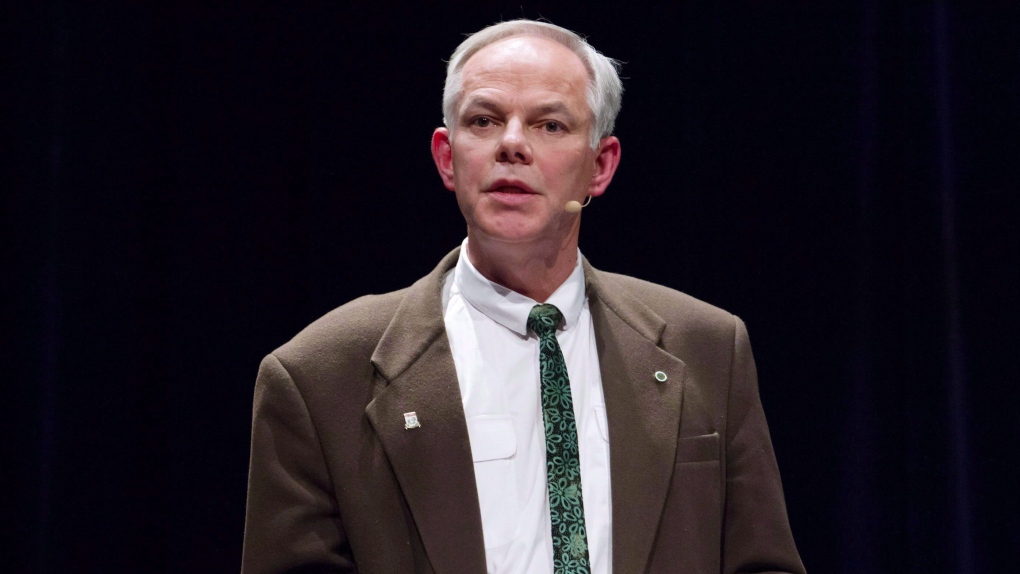 Tiny Prince Edward Island has long embraced the politically unusual: it had the first premier of non-European heritage, the first elected woman premier and the first openly gay male premier.

With a provincial election less than a year away, the Greens are on a tear.

A CRA poll of 300 Islanders in August suggested the Greens had a slight edge on the Liberals, although their lead was well within the margin of error.

Mills says Green party Leader Peter Bevan-Baker -- who in 2014 became the first party member elected to the legislature -- was polling well ahead of his rivals in terms of personal popularity.

"He's pretty plain spoken and he connects with people," says Mills, adding that the Liberals under Premier Wade MacLauchlan have slipped in the polls, despite a red-hot economy in the province of about 153,000 people.

"They've got a lot of things going right, economically. Yet, the level of satisfaction with government is not all that great."

As a rookie leader with no political baggage, MacLauchlan -- a constitutional lawyer and former law professor -- led the Liberals to a majority win in 2015.

However, Bevan-Baker says the Liberals may have over-stayed their welcome, having held power for three terms over the past 11 years.

"When governments get long in the tooth, people start to get a bit antsy and start looking for change," Bevan-Baker said in a recent interview with The Canadian Press.

The Scottish-born dentist, who previously ran and lost several elections on the Island and in Ontario, says the party's rise in popularity can be attributed to a number of factors, not the least of which is what he describes as "the local expression of a global phenomenon."

As evidence, he cites the success of populist leaders in Canada and around the world, and he points to the September election in New Brunswick, where voters turned their backs on a century-old two-party system by electing six third-party candidates.

Across Canada, there are now nine Green party members serving in provincial legislatures, including three in New Brunswick, two in P.E.I., one in Ontario and three in British Columbia, where they hold the balance of power in a minority parliament.

In P.E.I., Bevan-Baker has spent the past three years building the Green brand, mainly by challenging the notion that the party is devoted to nothing more than environmental activism.

"I've had time to show Islanders that the Green party can actually speak to every issue that comes up on the floor of the house," said the party leader, who is also a trumpet player and playwright.

He said Islanders now consider the party "a comfortable alternative."

Another reason for the Greens' good fortune is the dismal state of the Island's Progressive Conservative party.

The Tories have been plagued by infighting for most of the past eight years. In that time, the party has had no fewer than five leaders, if you include those who held interim positions.

In September, Tory Leader James Aylward stepped down after less than a year at the helm, saying he wasn't connecting with the electorate. A leadership convention has been scheduled for Feb. 9.

Mills, whose firm is poised to release the results of another Island poll later this week, described the Tory party as "dysfunctional."

"The PCs have been in a mess for a number of years," he said. "They've never recovered from that."

As for the NDP, the party has managed to have only one member elected to the legislature, and that was in 1996.

However, the party picked up 11 per cent of the popular vote in the most recent election, marking the party's best ever showing in an election race.

"The NDP's polling numbers aren't really going anywhere," said Don Desserud, a political science professor at the University of Prince Edward Island. "We're not seeing a surge for the NDP."

Despite the Green party's strong showing in the polls, Desserud said it will be tough for the party to translate that support into a plurality of seats.

The problem is that voter support for the Greens is typically concentrated in urban centres.

"The numbers are high, but they're not very wide," Desserud said. "I still don't see support for the broad range of environmental policies that the Green party espouses."

Still, the sudden focus on the Greens is certain to encourage party supporters.

"In terms of morale, in terms of enthusiasm and getting people involved in the party ... (polling) numbers like this encourage people to look at the Greens in a way they never would have before," the professor said.

"This seems to have really spooked the Liberals ... They're not afraid of losing the election. They just don't want to go into a minority."

The last time a minority government was elected in P.E.I. was 1890.

The next provincial election is scheduled for Oct. 7, only two weeks before the federal election. Under provincial law, the provincial vote can be pushed ahead to the spring of 2020 to avoid overlapping campaigns.

However, Desserud said the Liberals are unlikely wait that long, which is why some observers are expecting an early election call this coming May.

Desserud said Bevan-Baker's suggestion that Islanders are ready for a big change is plausible.

"Maybe in Prince Edward Island, the (Greens) are the only populist party out there, even though they're on the left," he said. "Like other jurisdictions, perhaps enough people are fed up with the status quo and they're looking for an alternative."