'It's her lifelong dream': Cape Breton woman is 'princess for hire' in Halifax 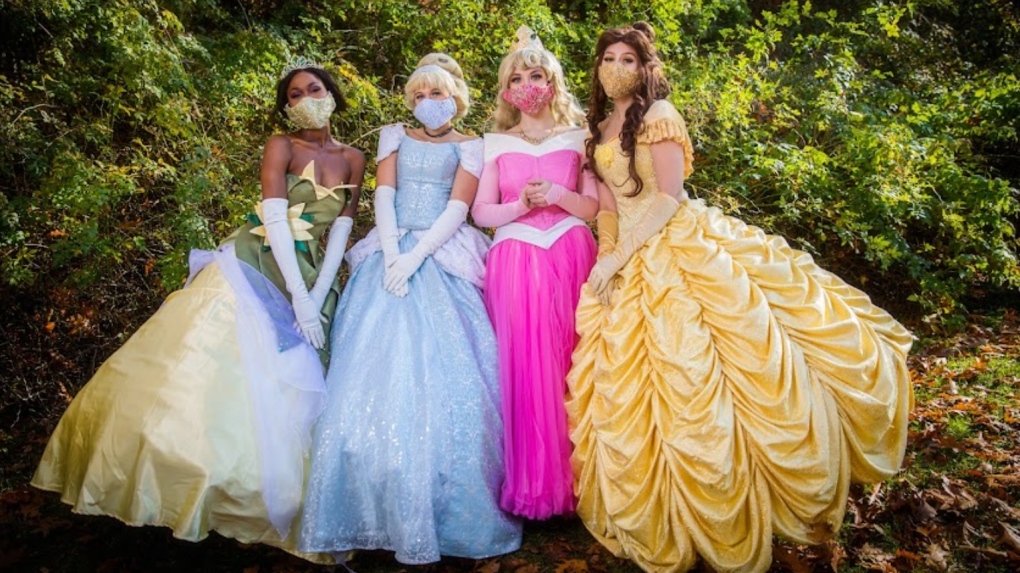 It looks less like work and more like play, but being a real-life princess is Miranda Pike's job.

"(We are) a company that wants to bring fairy tale magic to life," Miranda told CTV Atlantic.

At 23 years old, Miranda is the owner of Little Princess Parties Halifax.

Her company has roughly 60 costumed characters, covering all Disney princesses, along with superheroes and other crowd-pleasers.

Originally from Whitney Pier, N.S., Miranda says it all started when she made her very first princess dress eight years ago, using bed-sheets found at a thrift shop.

"I went to show my grandmother at the hospital. She was in hospice, at the (Cape Breton) Regional there (in Sydney)," Miranda said. "After I was done visiting her, I went to see the kids on the kids unit. I read them stories. Sang little songs and just brightened their day."

Miranda's mother, Michelle Pike, says it wasn't long ago Miranda was a little girl herself. She says it makes her proud to see her daughter making a living by bringing a sense of wonder to others.

"She is quite the entrepreneur. I'm so, so, so proud of her," Michelle said. "Every time that I see her in action at a party, or even sewing in her sewing room, she just makes me so happy, because it's her lifelong dream to do this."

Miranda not only makes the costumes herself, she also plans the whole princess experience.

"I sew all the dresses. I style all the hair. I write my own music for our songs," she said.

Prior to the COVID-19 pandemic, Miranda says they were booked for in-person parties every weekend. They've since had to get creative, with things like doorstep visits and Zoom parties.

Through her unique career path, Miranda says she has discovered some of her own princess powers.

"I've always been a little on the shy side, I guess. A little introverted. But this job kind of pushed me to literally perform," Miranda said.

Miranda says her plans post-pandemic are to resume the regular party routine and grow her business further.