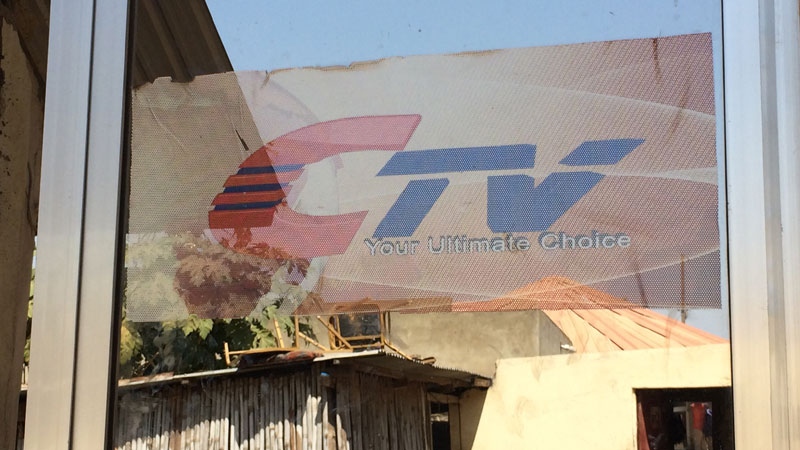 The station names are the same. CTV (Canadian Television at home, Citizen Television here in South Sudan). Both have a newsroom, a control room and a studio. The logos are even kind of similar, but there ends the obvious similarities.

The man who calls himself the manager seems to bear the duties of a news director back home, but he doesn’t seem to know who I am! It doesn’t take him long to figure it out. We have a great conversation before I am directed from office to office, meeting after meeting.

I have so many questions. How many reporters do you have? Where are they? How many cameras? How do reporters get around?  Who decides what stories you tell?  What time are you on the air?  Most of the “officials” seem to have different answers to many of these questions.

So far I’ve learned there is one dedicated reporter, but the anchors and cameramen do stories too. There are two, maybe three cameras for everyone to share. There are two news vehicles, but neither of them works. They all decide together stories to tell but usually just cover events and press releases. The news starts at 9 p.m. and runs for 30 minutes, give or take a few depending on whether they’re ready to start on time.

As the journalists began to trickle in, I ask each person, “What do you want me to discuss?” I quickly grab a notebook, unable to keep up. When I ask the man running the place what he thought he says only, “I want progress.”

The pressure is immense.

Most of the journalists have little to no formal training but they want to do well and they desperately want to get better.

For me, the bright spot in the day is Estella, a bright young woman the network has just appointed as an anchor. She repeatedly tells me she has no journalism education but fails to mention she spent three years earning a degree in International Relations. She works 12 hours a day, 6 days a week, first covering stories for the newspaper of the same ownership, before switching to television. She’s only been an anchor for two months and I ask her if she gets nervous. She tells me she doesn't, unless she knows the show is not ready as the clock ticks toward airtime. Perhaps we are more similar than not!

Our equipment and facilities are different. And I haven’t even begun to scratch the surface of the sacrifices and risks these reporters face every day, but we’re all journalists, just trying to tell stories, hoping they create change.

My first workshop is at 8 a.m. Better get to bed!