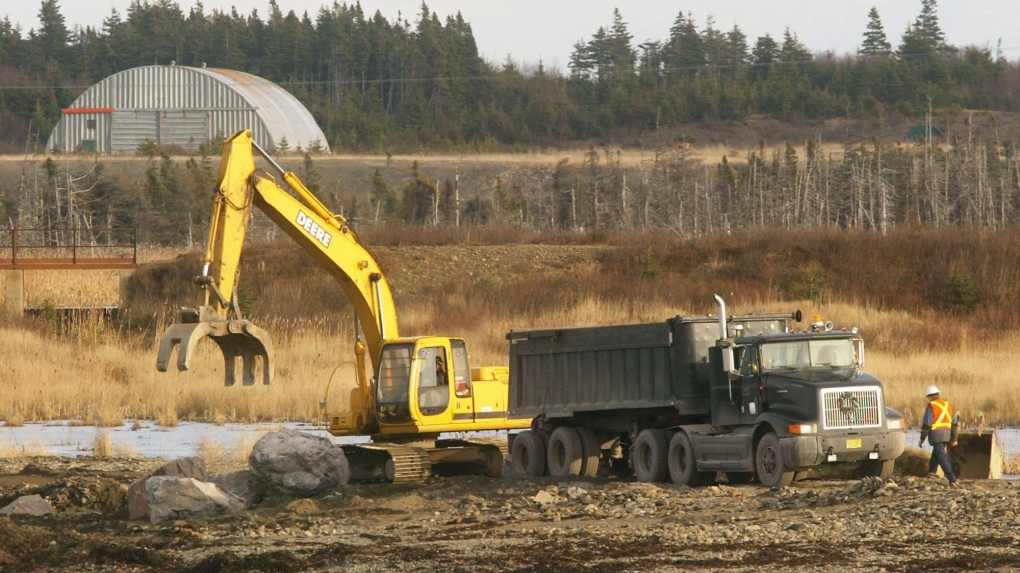 DONKIN, N.S. -- Nova Scotia's Labour Department is reporting another rockfall at the Donkin coal mine in Cape Breton.

Scott Nauss, the province's senior director of inspection compliance, says the collapse occurred at an intersection inside the underground operation at some point over the weekend.

Nauss says the collapse was discovered during the Sunday night backshift and was reported to the department by Kameron Collieries early Monday.

There were no injuries as a result of the collapse which Nauss described as four metres thick -- or large enough to cover the intersection.

Nauss says an inspection was carried out by the department and a stop-work order was issued for the area of the mine affected by the collapse.

The mine also saw a 1.5 metre-thick roof collapse into an entrance tunnel in July 2019 and a pair of collapses in December of 2018.

Nauss said the company must also follow up on two subsequent orders requiring it to cleanup the area of the rockfall and also an assessment of what happened that includes a proposal for corrective measures.

"Intersections are known to be the most structurally compromised spots in the mine," Nauss said. "This is consistent with some of the other rockfalls that have occurred at intersections."

Nauss said the department will try to determine whether the company is in compliance with its ground control plan, which governs the engineering system that maintains the structural integrity of the mine.

"It includes roofing supports, screens to prevent rocks from falling down and the truss system at the intersections," said Nauss.

This report by The Canadian Press was first published Feb. 4, 2020.