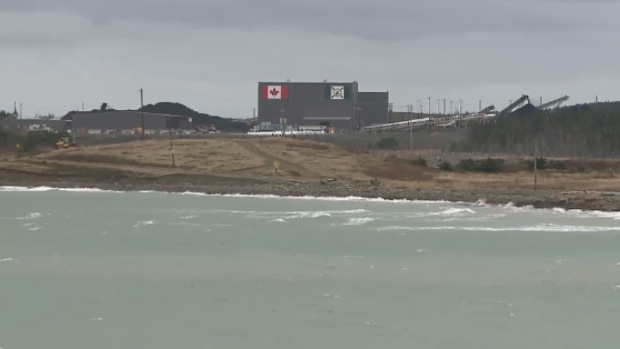 DONKIN, N.S. -- Limited operations have resumed at Nova Scotia's Donkin coal mine after a cave-in over the Christmas break that led to its temporary shutdown by the province's Labour Department.

No miners were injured in the Dec. 28 incident, or an earlier Dec. 18 rock fall inside the undersea workings that extend three kilometres under the Atlantic Ocean.

However, the Labour Department ordered the Kameron Collieries mine to develop a new plan to ensure the safety of its roof support systems.

The Cape Breton mine has had six roof falls since July, and the province revoked the mine's ground control permit after the Christmas incident.

Scott Nauss of the Labour Department said that as of Jan. 25, mining resumed in a portion of the mine that is not in the same precise area of the original collapses.

He says the company has brought in a system of roof supports that uses longer bolts, and it will change the orientation of how it cuts channels through the rock to increase roof strength.

Mine spokesman Shannon Campbell said in an email the company is working on a fresh ground control procedures in order to apply for a wider reopening of the mine.