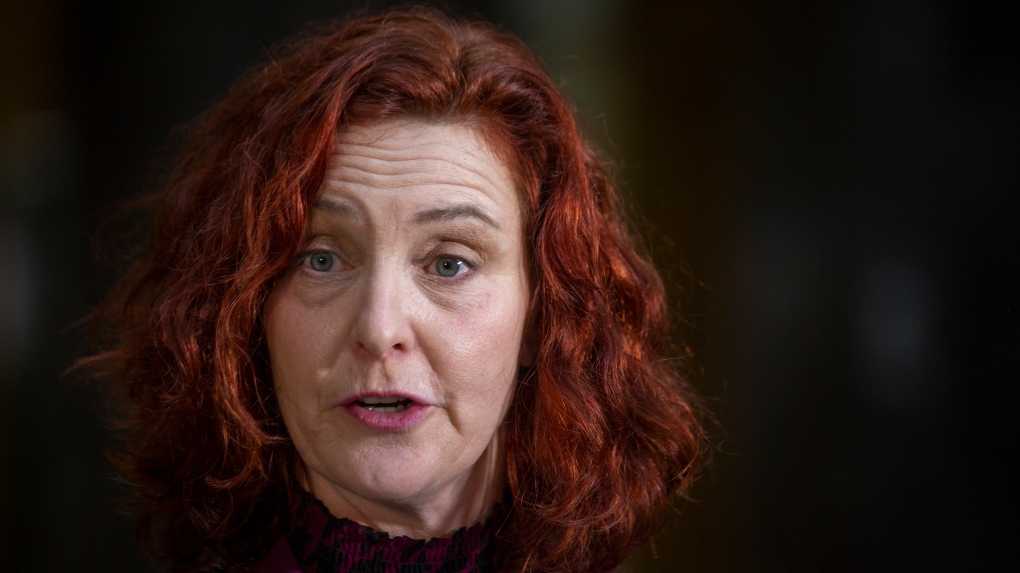 NDP Leader Alison Coffin answers questions from the media following the televised debate at the Confederation Building in St. John's N.L. on Wednesday, February 3, 2021. Newfoundland and Labrador will hold a provincial election on Saturday, February 13, 2021. THE CANADIAN PRESS/Paul Daly

ST. JOHN'S, N.L. -- The leader of Newfoundland and Labrador's NDP has requested a recount in her district after losing her seat in last Saturday's election by 53 votes.

Alison Coffin tweeted pictures of herself Thursday filing the necessary paperwork at the Supreme Court of Newfoundland and Labrador in St. John's. Coffin lost her seat to Liberal John Abbott in the St. John's East-Quidi Vidi district, which has long been an NDP stronghold.

Party president Kyle Rees says the recount request isn't necessarily about getting the seat back.

"Whether or not it makes a difference in terms of the result, it's important for the sake of democracy that we verify the result," he said in a statement to The Canadian Press on Thursday.

Newfoundland and Labrador's pandemic-delayed provincial election was mired in controversy and some legal experts have said the results of other districts could end up in court.

Chief electoral officer Bruce Chaulk cancelled in-person voting one day before the scheduled Feb. 13 election, after a COVID-19 outbreak swept through the St. John's region, and shifted the process to mail-in ballots. They were due March 25, following several deadline extensions, and results were announced Saturday.

The NDP on March 12 sent a letter to Chaulk expressing concerns from their scrutineer that an "unprecedented" number of ballots were being deemed spoiled. The letter alleged some ballots were being tossed aside because people hadn't signed their declarations in cursive writing, or because they'd written "I vote for" before the name of their chosen candidate.

Rees said the recount will reveal whether the scrutineer's concerns were justified. "We believe they will," he said.

Former Progressive Conservative leader Ches Crosbie also lost his seat, in the St. John's district of Windsor Lake. He resigned as head of the party on Wednesday.

Liberal Leader Andrew Furey comfortably won his seat in the western Newfoundland district of Humber-Gros Morne. He was re-elected premier with a majority Liberal government representing 22 of the province's 40 seats.