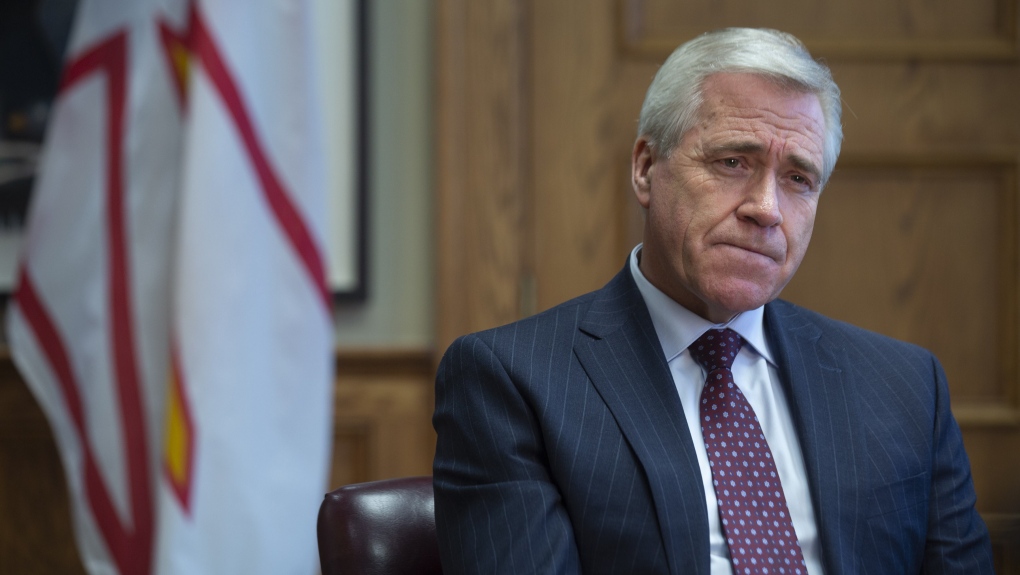 ST. JOHN'S, N.L. -- -- Newfoundland and Labrador's premier has released a letter saying the province struggled to borrow funds in recent weeks as the COVID-19 crisis deepened.

Dwight Ball told reporters today that since the letter was sent less than two weeks ago, moves by the Bank of Canada to support provincial funding markets allowed the province to proceed with a move to borrow $2 billion.

However, the March 20 letter informed Prime Minister Justin Trudeau the province's attempts to borrow had "been unsuccessful" due to collapsing sources of revenue in the offshore oil sector and declines in the province's resource-based economy.

"Our province has run out of time," the letter states. "Your attention is urgently required."

Ball said the province can now "meet payroll and continues to provide (government) services," but he added that as the pandemic subsides there will be "an economic crisis and we will need the support of the federal government."

During the news conference, Ball also said the existing federal equalization program's designation of Newfoundland and Labrador as a "have" province should be reconsidered.

In the letter, the premier said the combination of the pandemic, a massive January snowstorm that closed the province down, and the collapse of oil prices on the Newfoundland and Labrador economy "will be unprecedented."

"Newfoundland and Labrador is a small, resource-based economy.... A global recession will lower demand for the province's key exports of fish, oil, newsprint and minerals," he added.

Meanwhile, oil prices have plummeted to historic lows and construction activity on the Muskrat Falls hydroelectric project and the Vale underground mine has been suspended.

The fishery, considered the backbone of rural employment in the province, is now facing an uncertain season as well.

"We will need support of the federal government," said Ball. "We are unique compared to other provinces."

The release of the letter was just one aspect of a grim daily briefing, as the province released figures indicating 23 new cases of COVID-19, bringing the total to 175 -- the second highest per capita caseload in Canada, after Quebec.

That was accompanied by news that 379 health workers are in self-isolation, meaning they're unable to work during the crisis for up to two weeks. Ten of them have tested positive, according to the province.

Dr. John Haggie, the minister of health, extended the state of emergency in the province, saying he expects to be signing similar renewals "for some months to come."

He also expressed worry about the shortages of personal protective equipment for health workers.

"There is a whole saga behind the scenes of inventory that doesn't exist, of orders that don't appear and of deliveries being purchased from underneath us ... by other jurisdictions outside of Canada," he said.