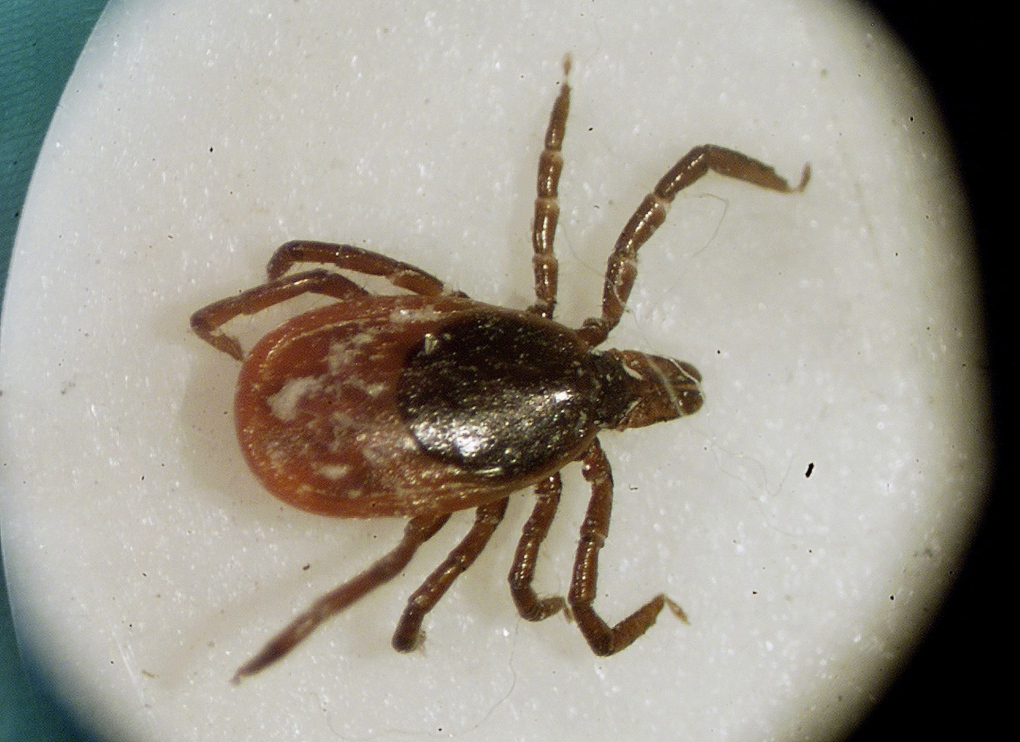 A microscope photo of a tick in the entomology lab at the University of Rhode Island in South Kingstown, R.I. (AP/ Victoria Arocho)

TORONTO - Research for the Canadian Paediatric Surveillance Program found 81 per cent of Lyme disease cases involving kids and youth over a three-year study period were in Nova Scotia and Ontario.

The study involved 96 cases among patients younger than 16 between July 2014 and June 2017, with the median age seven years old. More than half of the cases -- 56 -- were caught at a later stage when more serious symptoms such as arthritis can set in.

The study says 25 cases were found during the early stage, which typically includes a circular rash near the tick bite, and 15 cases were found just past that stage as the infection spread to other parts of the body.

The study was part of the surveillance program's larger look at a host of hot-button issues including the use of cannabis for medical purposes, Zika virus and eating disorders.