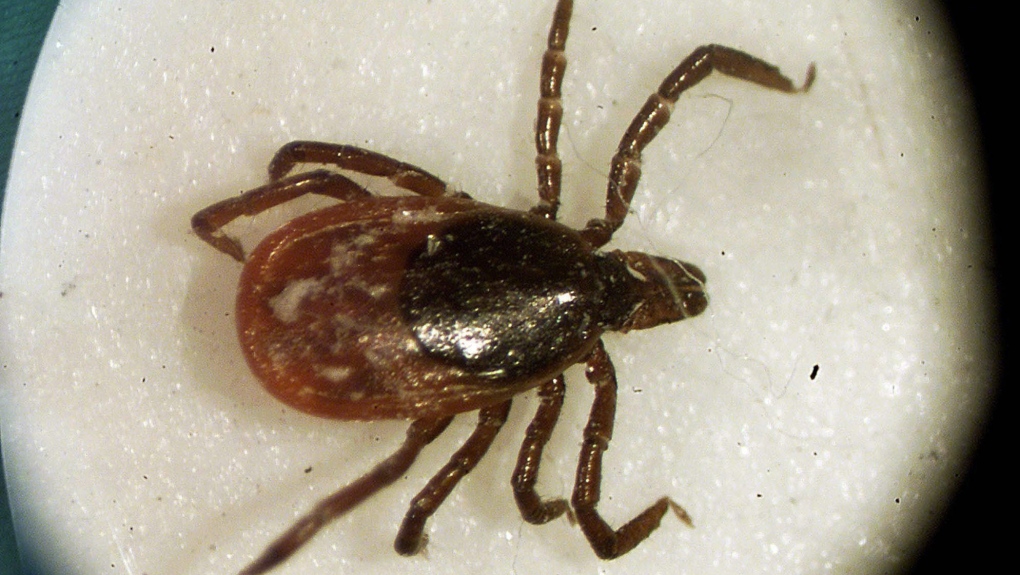 HALIFAX -- As the number of reported Lyme disease cases in Canada continues to rise, Nova Scotia's chief medical officer of health is cautioning against spraying lawns with pesticides to protect against disease-carrying ticks.

"You probably could, but you'd have to have massive amounts of pesticide, applied repeatedly over great big areas, and that's not legal in Nova Scotia and would carry environmental risks."

Strang said that in Nova Scotia, products like permethrin and deltamethin -- both regulated by Health Canada's Pest Management Regulatory Agency -- can be applied to lawns. But he said there's little point in spraying lawns because ticks tend to live in long grass, brush and shrubs.

In Halifax, these chemicals can't be used on property owned by the municipality, according to a city bylaw.

"We know that pesticides can carry potential human health and environmental risks," he said. "We should only use pesticides if it's necessary and appropriate."

It's a stance that pest control company Orkin Canada agrees with, according to spokesperson Sean Rollo.

"A lot of the control comes with making sure that shrubs and bushes are trimmed back, that grass is cut where it should be, that if there is a forest area backing onto the property, that perhaps there's some sort of barrier between it," he said.

Forested or rural properties where deer are more prevalent may require the use of pesticides, but Rollo said his company only uses chemicals after a thorough site inspection, adding that only licensed professionals are allowed to use permethrin and deltamethin.

Rollo did, however, take issue with Strang's assertion that there's no evidence pesticides are effective for managing ticks, saying Health Canada wouldn't have regulated the chemicals if they had no effect.

According to the Public Health Agency of Canada, reported Lyme disease cases are on the rise.

In an emailed statement, agency spokeswoman Maryse Durette said that as of October, 1,479 cases were reported in Canada in 2017 -- a 76 per cent increase from the 841 cases reported at the same time of year in 2016.

Jim Wilson, president of the Canadian Lyme Disease Foundation, said Lyme disease may either go underreported or misdiagnosed as another illness, and he believes the actual number to be much higher.

Wilson said he contracted Lyme disease nearly 30 years ago, and it took around four years to get a diagnosis.

Now that there's more public awareness about Lyme disease, he said he hopes more people will be inclined to see a doctor if they're exhibiting symptoms.

"I got my diagnosis, and after a lengthy period of treatment," he said. "I went from losing my brain, and unable to talk without drooling, and almost unable to walk, to recovering."