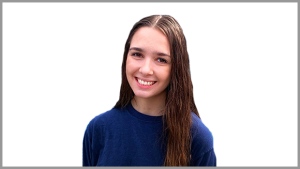 Maria Tobin is a Halifax based web writer with CTV Atlantic.

Born and raised in Dartmouth, Maria decided to turn her passion for storytelling into a career. She attended the NSCC’s Ivany Campus, where she earned a Radio Television Journalism diploma.

After interning with Global News Halifax, Maria was hired as a teleprompter operator at CTV Atlantic in Halifax in March 2021. She has since taken on the additional roles of production assistant and web writer.

Maria is fluent in both English and French.