Messy, three-day mix of snow, ice and rain in the forecast for Atlantic Canada 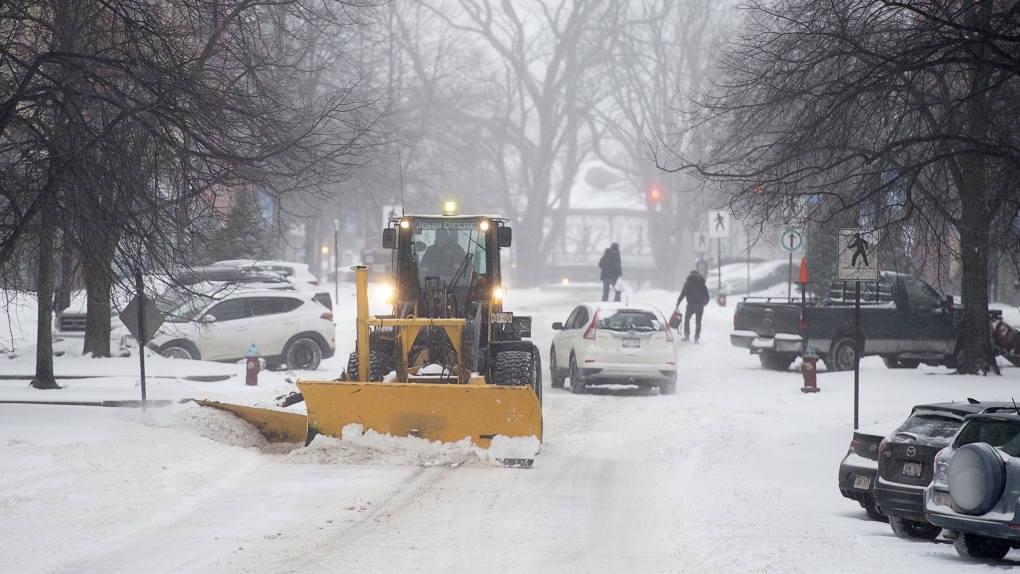 Residents brave the elements at the start of a major winter storm in Saint John, N.B. on Sunday, Jan. 20, 2019. (THE CANADIAN PRESS/Andrew Vaughan)

HALIFAX -- Environment Canada has issued warnings and special weather statements for most of Atlantic Canada, saying a "messy mix of wintry weather" is on the way.

Snowfall and freezing rain warnings have been issued for all of New Brunswick, except the province's southeastern edge.

Heavy snow, freezing rain and ice pellets are in the forecast from Tuesday morning until Tuesday night, spreading from the south to the north through the day -- with flurries lingering until Wednesday night.

In Nova Scotia and P.E.I., Environment Canada is calling for a mix of snow and rain over the next three days, with the precipitation spreading slowly northward and eastward across the two provinces into Monday evening.

Areas near Nova Scotia's Atlantic coast can expect rain, with periods of heavy rain on Tuesday, while inland areas of the province and the Annapolis Valley could receive a prolonged period of freezing rain or ice pellets into Tuesday morning.

Virtually all of Newfoundland and Labrador -- with the exception of the Avalon, Burin and Bonavista peninsulas -- is covered by special weather statements warning of freezing rain, ice pellets and snow in western regions on Tuesday.

This report by The Canadian Press was first published Dec. 2, 2019.