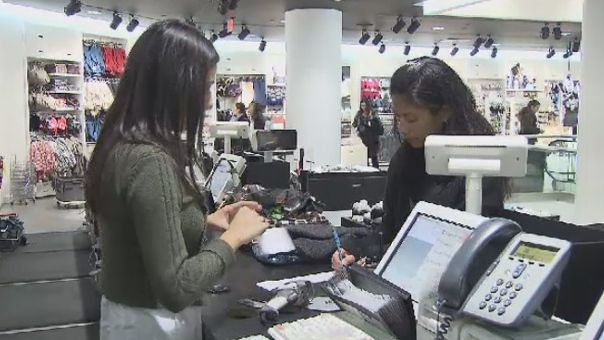 Workers in three out of four Atlantic Canadian provinces earning minimum wage will soon see a rise in their pay cheques.

New Brunswick’s minimum wage went up by $1 on Saturday. It now sits at $13.75 per hour -- the highest minimum hourly wage across the Maritimes.

The increase to Nova Scotia’s minimum wage comes after city staff recommended back in March that Halifax regional council implement a $15 per hour minimum wage for all HRM employees by April 2023.

Newfoundland and Labrador also saw a 50-cent jump to $13.70 per hour Saturday.

The minimum wage on Prince Edward Island remained unchanged Saturday at $13.70 per hour. However, it is on track to reach $15 per hour by 2023 – with increases in January and October of next year.

Montreal Canadiens star goalie Carey Price reversed course and said he did in fact know about the 1989 Polytechnique shooting spree that killed 14 women in Montreal despite previous comments from Groupe CH that he didn't. He also apologized to those that may have been upset by his comments made on Instagram against the proposed federal gun legislation.

Canadians look to side hustles to make up for inflation pressure, but at what cost?

Canadians' budgets are being stretched thin as the cost of living climbs -- and to compensate, some are taking on a side hustle.

Alberta secures 5 million bottles of children's pain and fever meds to distribute across province, then country

Alberta Health Services has procured five million bottles of children's acetaminophen and ibuprofen and will distribute the drugs first across the province, then across Canada, the Alberta government says.

Jamaica's prime minister declared a widespread state of emergency on Tuesday to fight a surge in gang violence on an island with one of the highest murder rates in the region.