Mix of snow, ice, and freezing rain will fall on Maritimes as weather deteriorates Tuesday

HALIFAX -- A layered cake of snow and ice is in store for the region Tuesday. Weather conditions deteriorate through Tuesday morning with the system clearing Tuesday night into early Wednesday morning. 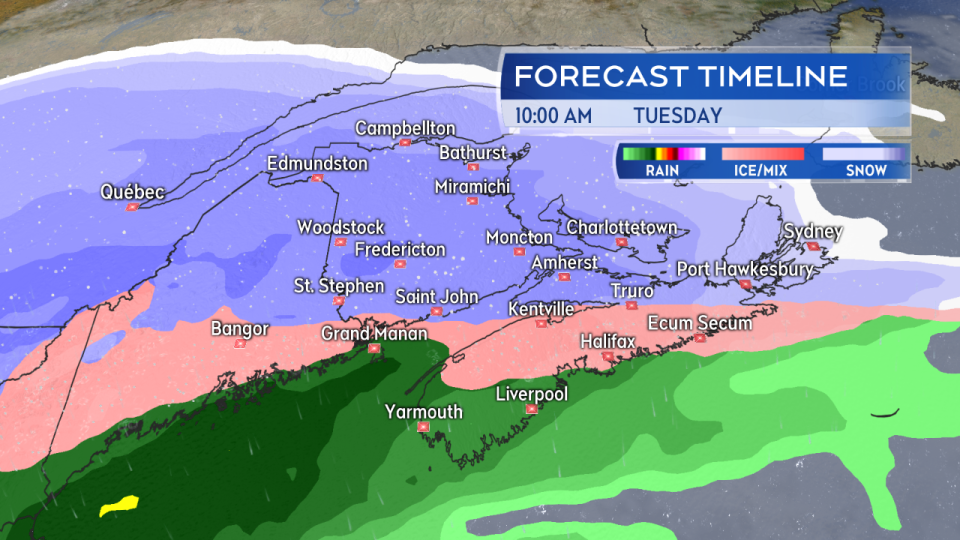 A mix of snow, ice pellets, and freezing rain develops across the region Tuesday morning.

Northern New Brunswick is forecast to get the most snow and can expect 20 to 30 cm. There is a chance some ice pellets could mix in with the snow.

Through central New Brunswick and western Prince Edward Island, there will be snow with some ice pellets and freezing rain mixed in. The icy mix should keep accumulation in the 10 to 20 cm range.

Southern New Brunswick, central/eastern P.E.I., and a few spots in northern and eastern Nova Scotia will get 5 to 10 cm with snow turning to a mix of ice pellets and freezing rain after a few hours.

Most of Nova Scotia will see a quick turn from snow to ice pellets to freezing rain and eventually rain. That should limit accumulation in the mix to less than 5 cm though icy surfaces should still be expected. 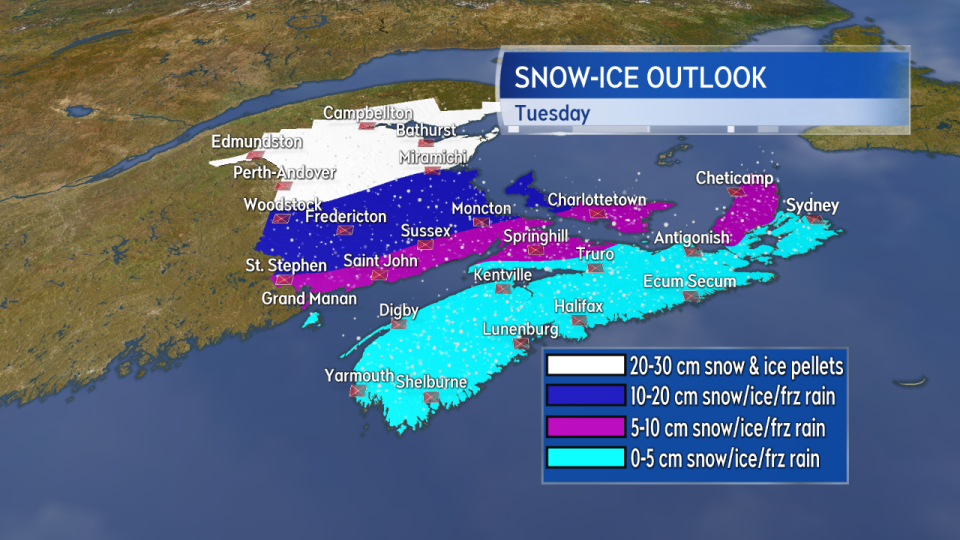 For ice accretion (collection of ice on surfaces because of freezing rain), a glaze to several millimetres is possible. There is a broad risk of icy surfaces across Nova Scotia, southern New Brunswick, and P.E.I. For Nova Scotia, the risk is highest for interior areas and higher terrain. Several hours of a mix of ice pellets and freezing rain is a risk for southern New Brunswick and P.E.I.

Ice accretion is highly variable depending on the surface and whether or not it has been treated with salt or a brine solution. Vegetation and metal surfaces will often show the ice first. There is also an increased risk for road surfaces that cool from two sides such as bridges and some on/off ramps. 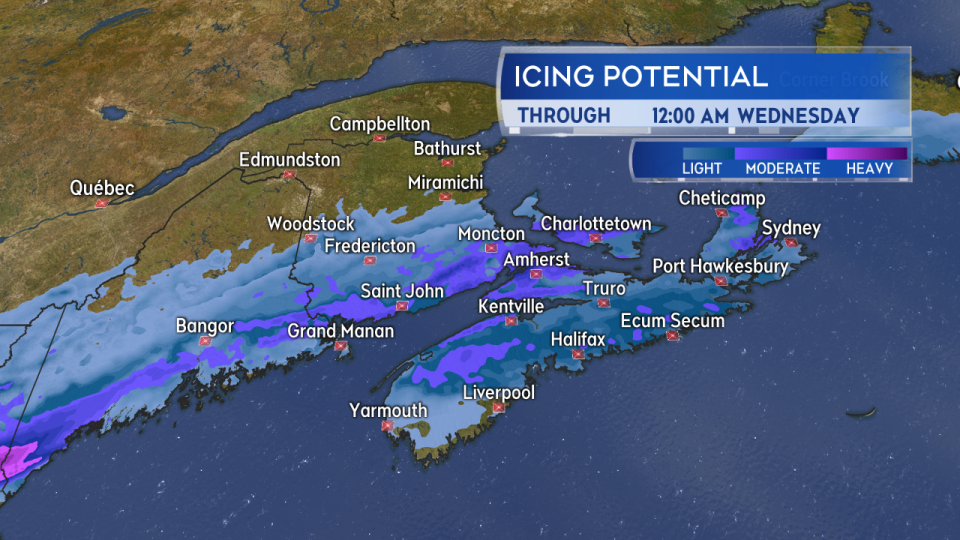 Easterly winds with gusts of 30 to 50 km/h will accompany the inclement weather on Tuesday. The wind is forecast to turn southwest and west Wednesday morning diminishing in strength Wednesday afternoon into evening. 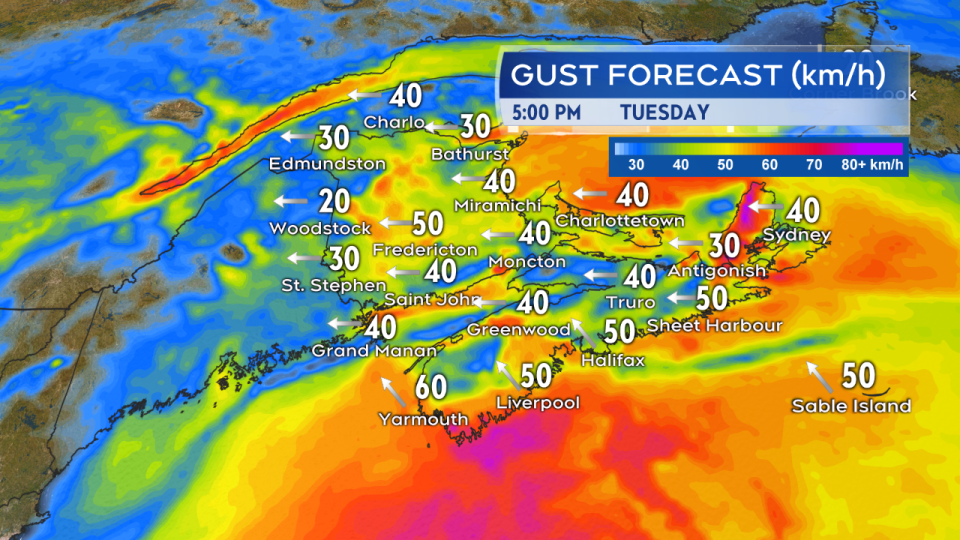 Easterly winds with gusts of 30 to 50 km/h are expected to accompany the mix of precipitation.

A number of weather warnings and statements have been issued by Environment Canada and can be found at weather.gc.ca. I'll have updates on the system tonight on CTV Atlantic News 5, 6, and 11:30 p.m..