A tough stretch of weather lies ahead for the region as we contend with a second strong storm system in just a few days.

The current storm will impact the region differently than the Friday nor’easter. This is because it is tracking to the west of the Maritimes, placing it on the milder but still very windy side of it.

Despite a change to rain in the forecast for most areas, the precipitation will begin as snow for many. The snow is expected total from a brief coating up to 5 cm for Nova Scotia and Prince Edward Island.

Parts of New Brunswick will see two to 10 cm of snow, except in the northern part of the province where snowfall warnings have been issued and 10 to 20 cm is expected.

Rainfall warnings are in effect for Nova Scotia from Lunenburg County and eastward up the Atlantic coastline into Cape Breton. The rain could total 25 to 40 mm with additional snowmelt giving a risk of localized flooding. 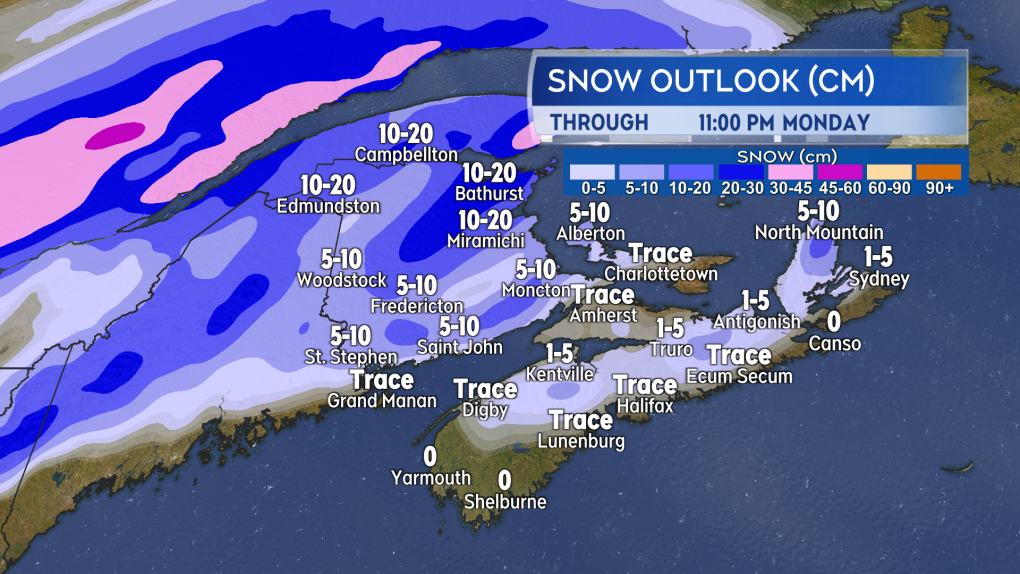 Most in the region will see snowfall limited by a turn to rain. However, northern areas of New Brunswick could pick up 10 to 20 cm.

High and gusty south and southeast winds are expected to develop through Monday afternoon into the evening and night. Widespread gusts peaking 80 to 100 km/h are expected for southern New Brunswick, Nova Scotia, and P.E.I.

Northern Inverness County in Cape Breton is expected to hit gusts near 150 km/h due to enhancement over the Highlands.

Residents are advised to be cautious of reduced visibility due to blowing snow and rain, as well as a risk of power outages. Wind will diminish west-to-east across the region Monday night into Tuesday morning. 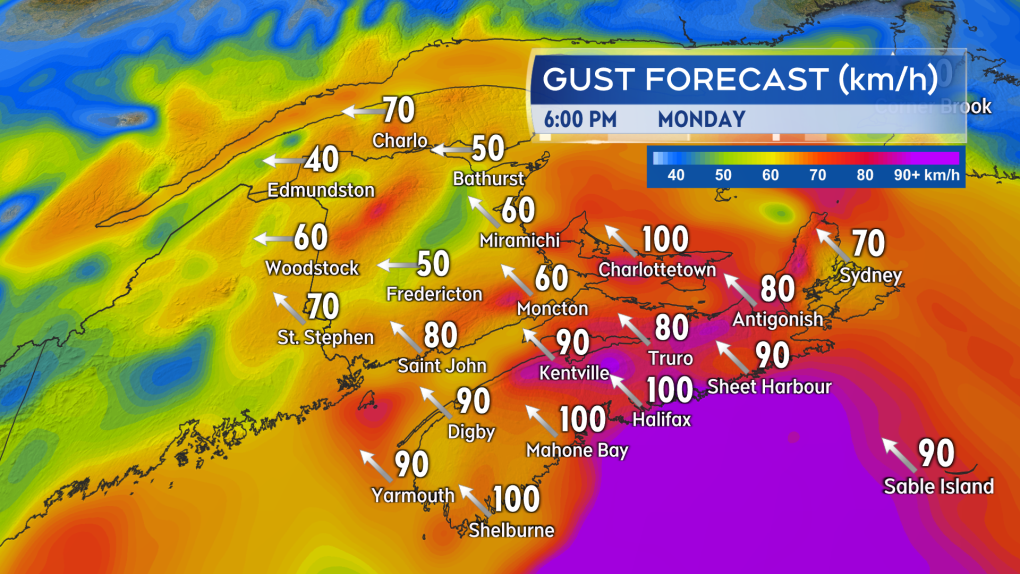 Wind ramps up quickly Monday afternoon into the evening. A number of areas are expected to hit gusts peaking 80 to 100+ km/h.

Temperatures rise above freezing for most of the Maritimes Monday night. Temperatures then fall back below freezing Tuesday morning into Tuesday afternoon as the wind turns to colder northwest direction. Watch for wet or slushy surfaces to turn icy on Tuesday. 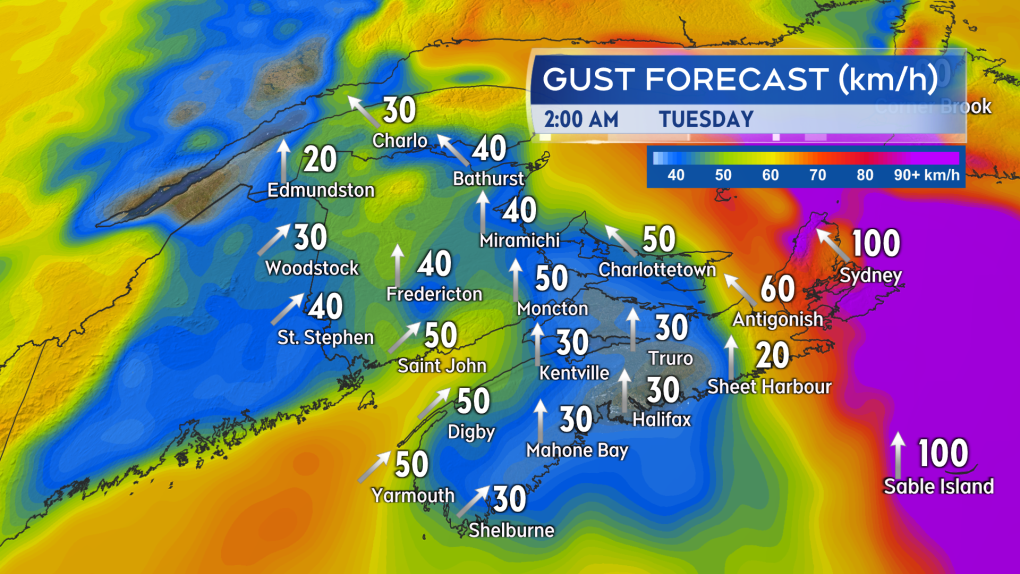 Ten children in Canada were found to be suffering from acute severe hepatitis not caused by known hepatitis viruses over a nearly six-month period recently, the Public Health Agency of Canada announced Friday.

Trudeau says government will do 'everything we can' to avoid U.S.-style formula shortage

Canadians may find a lot of long faces at the pump heading into the long weekend as gas prices across the country remain high.

'This is an unusual situation': Feds monitoring monkeypox cases in Canada

Canada's Chief Public Health Officer Dr. Theresa Tam says the federal government is monitoring monkeypox cases and their chains of transmission after two cases were confirmed in this country.

WHO calls emergency meeting as monkeypox cases cross 100 in Europe

The World Health Organization was due to hold an emergency meeting on Friday to discuss the recent outbreak of monkeypox, a viral infection more common to west and central Africa, after more than 100 cases were confirmed or suspected in Europe.

'Fight for a stronger Alberta': Kenney comments for first time since announcing resignation

Premier Jason Kenney spoke publicly Friday for the first time since dropping the bombshell announcement that he plans to step down as UCP leader and premier of Alberta.

Ontario woman says daughter was discriminated against over face mask

An Ontario woman believes her daughter was discriminated against after she was allegedly kicked out of a local activity centre over her choice to wear a face mask.