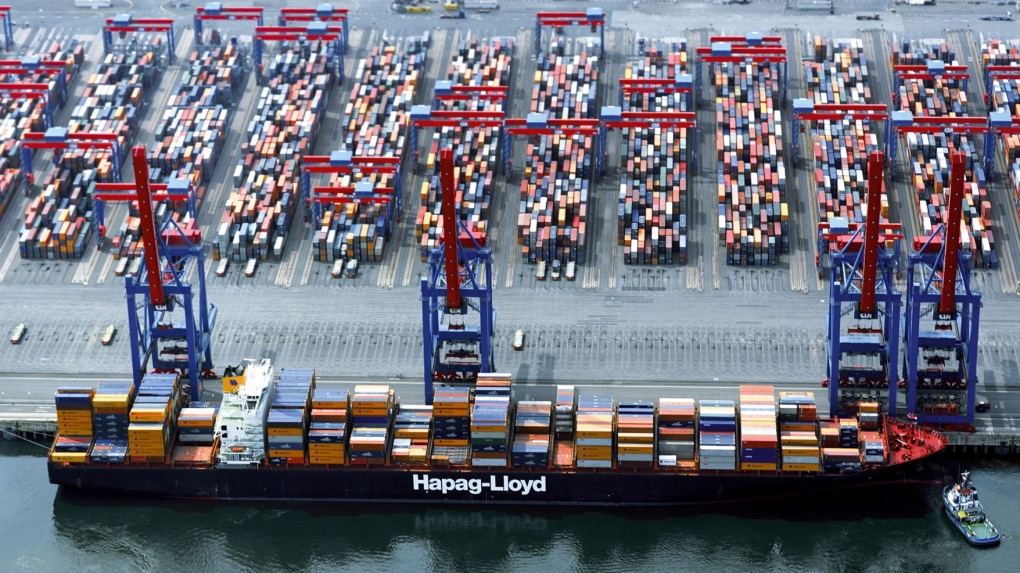 The container ship Yantian Express is shown in a handout photo from Hapag-Lloyd. (THE CANADIAN PRESS/HO-Hapag-Lloyd)

HALIFAX -- More help is on the way for a Halifax-bound container ship that has been burning off Canada's East Coast since Jan. 3.

A spokesman for the U.S. Coast Guard says two more fire-fighting tugs, the Atlantic Enterprise out of New York and the Union Sovereign out of Rotterdam, N.Y., are en route to the Yantian Express.

Chief Petty Officer 3rd Class Joshua Canup says the ship remained about 1,700 kilometres southeast of Halifax early Monday and it's not clear when the new tugs will arrive because of "heavy weather."

Two tugs have been on the scene for days, and the German shipping company Hapag-Lloyd says the fire involving multiple containers aboard the Yantian Express is "widely contained and under control."

The 320-metre ship was travelling to Halifax from Colombo, Sri Lanka, via the Suez Canal when a container caught fire on the forward deck on Jan 3.

The ship was evacuated after the fire spread to other containers, but five crew members returned last Wednesday.

Canup says the company is making plans for what they will do next.

Hapag-Lloyd spokesman Tim Seifert said in an email there was no estimated time of arrival to Halifax, "or any other port," for the Yantian Express.

He says it is still not yet possible to estimate the damage to the container ship or its cargo.

Canup said Monday the ship is not posing a hazard to other traffic.

"It's 930 nautical miles southeast of Halifax -- rather open water," he said.