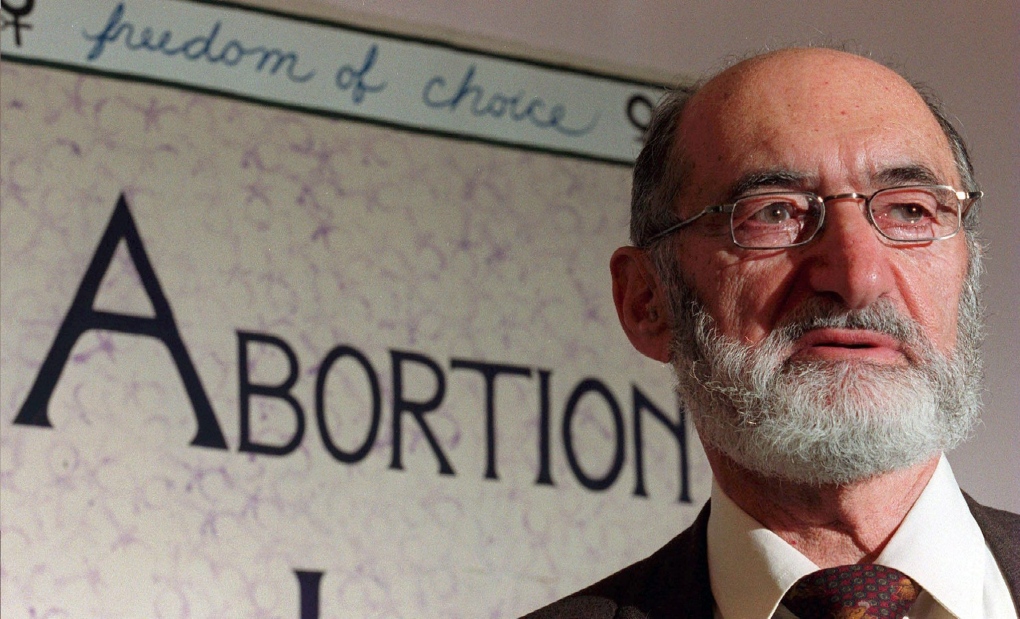 Dr. Henry Morgentaler speaks at press conference in Toronto in 1998 to mark the ten-year anniversary of the Supreme Court of Canada's decision to decriminalize abortion. (THE CANADIAN PRESS)

FREDERICTON -- The Morgentaler Clinic in Fredericton says a 12-year-old lawsuit against the New Brunswick government has been withdrawn.

The case was launched in 2002 by Dr. Henry Morgentaler over the province's refusal to pay for abortions at clinics.

Morgentaler died in May 2013 and the Fredericton clinic has since announced it will close at the end of next month, saying it can't continue without government funding.

Leibovitch said earlier this year that their lawyer had been instructed to discontinue the case, citing Morgentaler's death and a lack of funds to continue the court battle.

Sarah Bustard, a spokeswoman for the Health Department, says the province will continue to offer medically necessary abortions to women with the approval of two physicians.