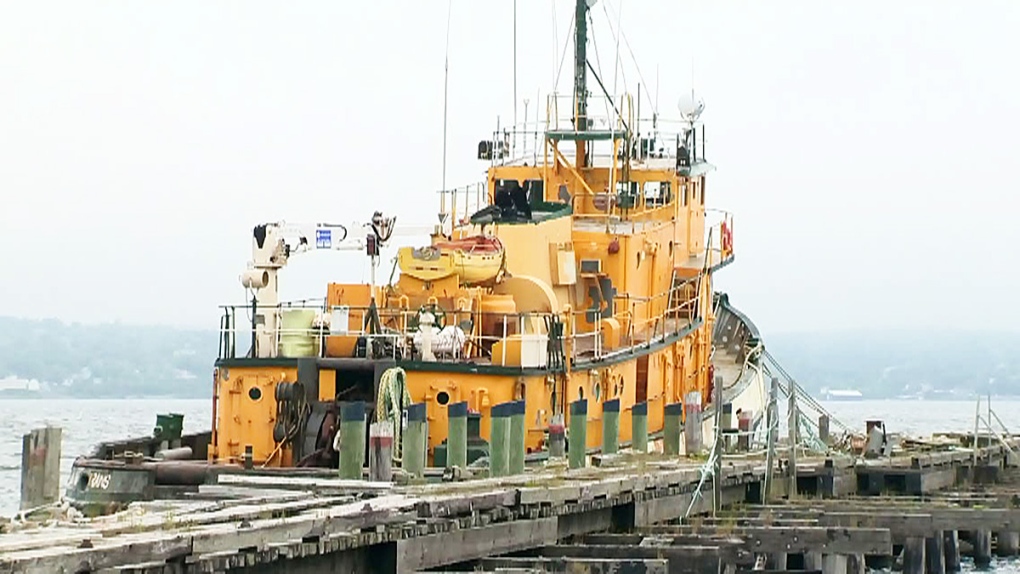 SHELBURNE, N.S. -- A sunken ship has been raised off the bottom of Shelburne Harbour, N.S., where it has been leaking oil since June.

It took crews three hours to lift the MV Farley Mowat out of the water around 2:30 a.m. following weeks of preparation.

The derelict ship was a concern to the Coast Guard because of the amount of oil it had been leaking since it sunk in the harbour in late June.

A spokesperson for the Coast Guard said they have already removed well over 10,000 litres of oil from the site, and will be removing more from the ship itself and surrounding waters now that it is removed.

The MV Farley Mowat usedMV Farley Mowat to be the flagship for a group of anti-sealing conservationists before it was seized by the government in 2008.

It was expected to be scrapped after it was moved from Sydney, N.S., to Shelburne earlier this year, but it sank overnight in late June.