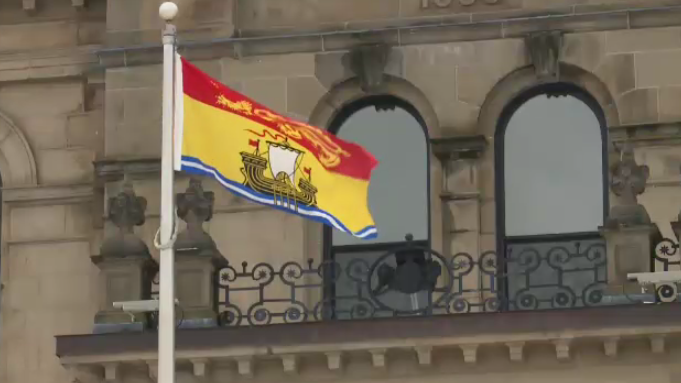 The New Brunswick flag flies outside the provincial legislature in Fredericton on Dec. 19, 2019.

FREDERICTON -- Crown prosecutors in New Brunswick have halted the trial for a man charged in the 2004 death of a toddler after concluding a conviction was unlikely.

James Turpin was convicted in 2016 of second-degree murder in the death of two-year-old Kennedy Corrigan, who suffered a catastrophic brain injury while in his care.

The Court of Appeal overturned the conviction and ordered a new trial on the charge of manslaughter.

The new trial began March 8 in Fredericton, but the Crown on Wednesday determined a reasonable prospect of conviction no longer existed.

The office of the attorney general said today in a statement the decision was not made lightly or hastily.

It says the death of Corrigan remains a tragic event and the office continues to offer its thoughts and sympathies to the family.