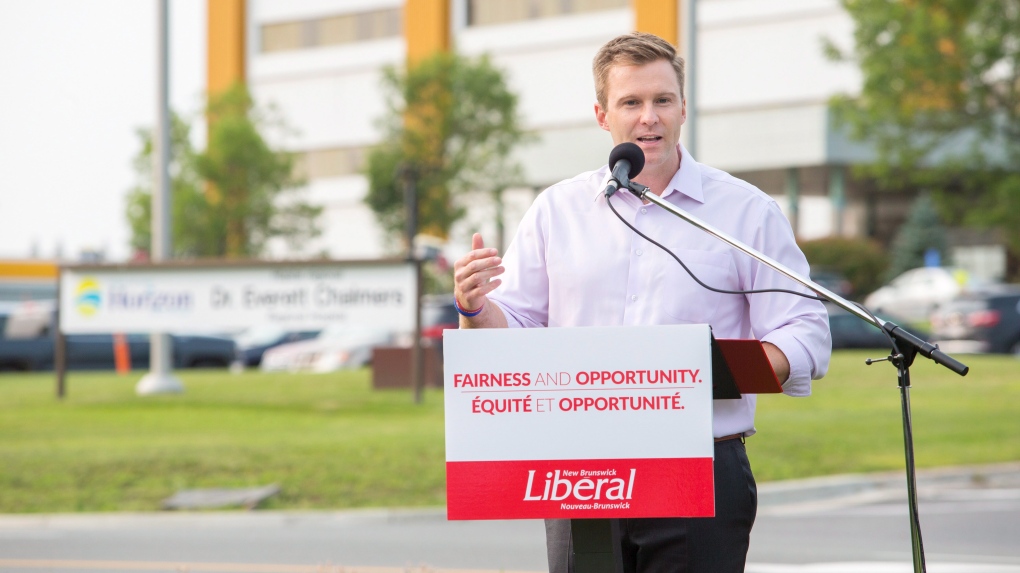 FREDERICTON -- In a young New Brunswick election campaign already dominated by health care, one particular aspect of the issue is emerging early in the race: providing care to the province's aging population.

The Liberal Party announced Saturday it will build three new nursing homes and add 86 memory-care beds if re-elected, as part of a five-year program to add 1,000 beds and make more than $100 million in renovations to existing nursing homes throughout the province.

"These investments ... provide seniors with a better quality of life and give their families peace of mind. These projects will also create construction jobs," said Liberal Leader Brian Gallant in a release.

He said the new beds and homes would be spread across the Saint John, King's County and Charlotte County areas, as well as the southeast, the Fredericton River Valley and the Greater Miramichi areas.

Tory leader Blaine Higgs took a slightly different approach to senior care, saying Friday that a Progressive Conservative government would consult with seniors about how they want to live and provide supports so they can remain in their own homes longer.

Higgs also said he would protect seniors' assets and pay home-care workers a fair wage, although he didn't offer specifics, drawing criticism from the opposing Liberals.

"He's just throwing things out without really explaining what his plans are," said Lisa Harris, the Liberals' minister of seniors and long-term care, in a phone interview Saturday.

Harris said there are already systems in place to keep New Brunswick seniors in their homes for as long as possible, but she said that isn't always an option and the province needs more nursing home beds.

She said Higgs' plan is to cut investments in education, close hospitals, and stop the Liberals' planned investments into nursing homes.

"They seem to have issue with these investments in the nursing homes. They don't think we need to build them," she said.

But a Progressive Conservative candidate is taking issue with her words, saying that just because Higgs is less interested in a bricks-and-mortar approach does not mean he intends to slash senior care in the province.

"Very bluntly, they're lying, and I think they've got to stop if we're going to have an honest campaign based on ideas and competing visions for the future of the province," said Dominic Cardy, candidate for Fredericton West-Hanwell.

"When they say that Blaine Higgs says he's going to cut investments in education and close hospitals, that is simply untrue."

He said the Liberals' Saturday pledge recycled an announcement already made in February, when the government first announced its five-year plan.

"We are very happy to have them on the team and to represent the diversity of New Brunswick," said Gagnon Gauthier.

Higgs couldn't attend any Pride events because he was at a funeral, and People's Alliance of New Brunswick leader Kris Austin said he was too busy to go because he was preparing for his campaign, which officially launched Saturday night.

In a brief phone interview, Austin said his campaign will have a strong focus on the province's economy and taxation.

"We want to see a more reasonable, balanced approach to taxes, and that's got to be coupled with government services that reflect the taxes that we're paying," he said.

"What's happening in New Brunswick is that we've got a high amount of taxes, but our government services are declining on a regular basis."

He said his campaign will also focus on language fairness and more overlap between the province's French and English-speaking residents.

Voters in New Brunswick head to the polls Sept. 24.