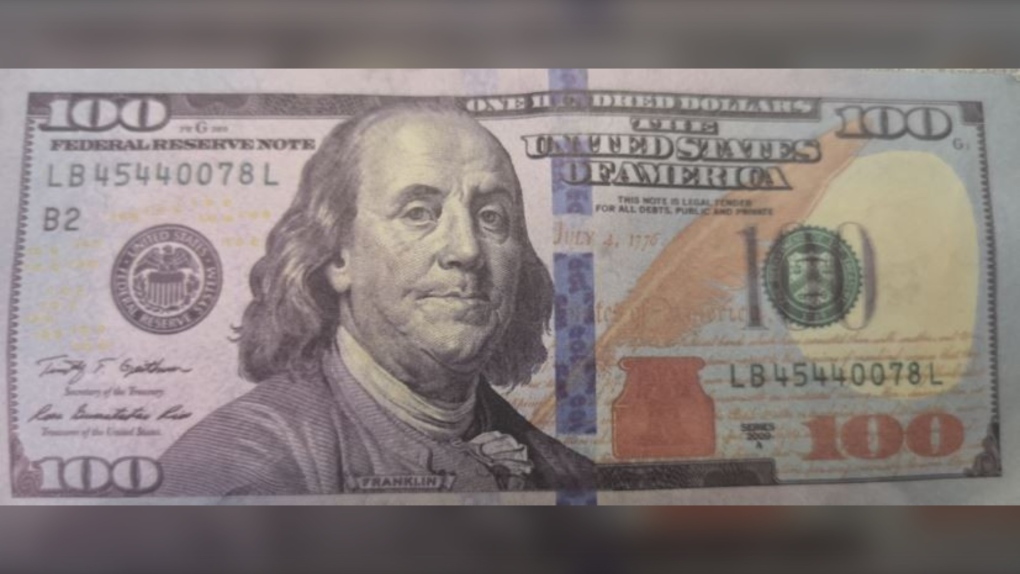 New Brunswick RCMP are warning business owners to be vigilant after several reports of counterfeit $100 US bills being circulated in the province.

HALIFAX -- New Brunswick RCMP are warning business owners to be vigilant after several reports of counterfeit $100 US bills being circulated in the province.

West District RCMP say shortly after 4:15 a.m. on August 19, a man entered the Gateway Esso on Gateway Drive in Oromocto, N.B. and used a counterfeit $100 US bill to make a small purchase.

The RCMP has released a surveillance video photo of the individual and hopes the public can help identify the man.

RCMP say they have received several similar reports during the last month. In many instances, the counterfeit bills being circulated are believed to have the serial number LB45440078L.

The RCMP is reminding local merchants and their employees to examine and verify any currency that is given to them, and to report any suspicious bills to their local RCMP detachment.

For more information on detecting counterfeit bills and what to do if you receive one, visit the Bank of Canada's webpage about counterfeit prevention.

Anyone with information, or who recognizes the individual in the photo is asked to contact the Oromocto RCMP or Crime Stoppers.