N.B. Tories pressing ahead with preparations for government: Higgs 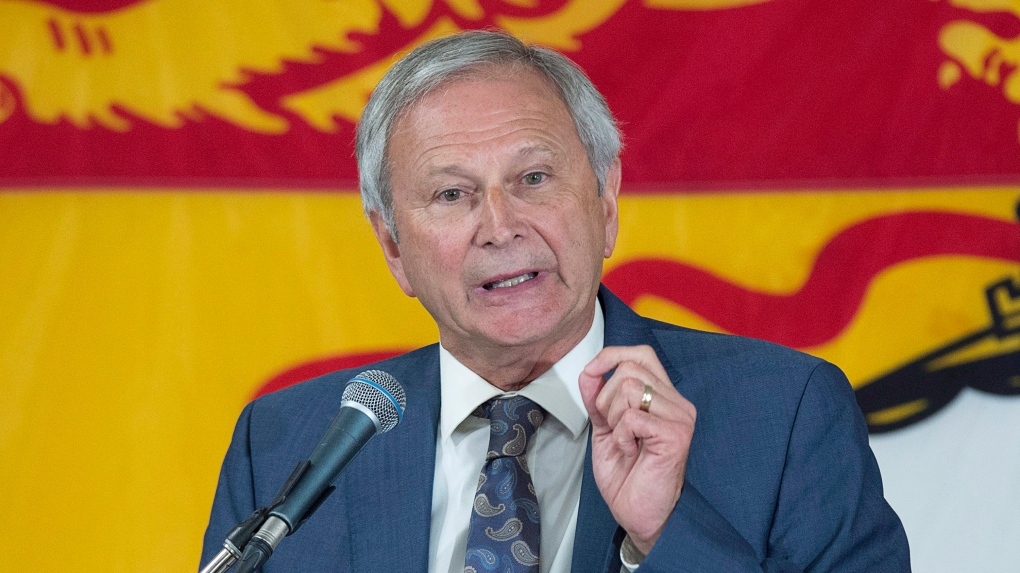 FREDERICTON -- New Brunswick's Progressive Conservative leader says he will make preparations this week to form a government ready to assume power once the Tories are called on to do so.

Blaine Higgs told reporters Tuesday that he will meet with the Tory caucus to discuss who would take on cabinet roles and how a Higgs government would proceed.

"I want New Brunswickers to be reassured we are ready to govern and we are moving forward in a real and substantive way," said Higgs.

Continuing to apply pressure to his Liberal opponents in the wake of the tight Sept. 24 election in which his party squeaked out a one-seat margin, Higgs again called on Premier Brian Gallant to abandon plans to proceed to a throne speech this month in a bid to hold on to power.

"Is Mr. Gallant really going to go through the spectacle of delivering a throne speech?" said Higgs. "Is he fighting to the bitter end in a battle he can't win, all with the hopes of changing the results handed down by New Brunswickers?"

Higgs said Gallant is stalling in the hopes that someone will cross the floor to the Liberal ranks, adding that's not about to happen because "the numbers don't add up."

He noted that Gallant updated his cabinet last week.

"You will notice that none of my members are in it. That means he still doesn't have the numbers he needs to pass a vote of confidence in the house."

Higgs said Gallant is not putting the province's needs ahead of his political ambition, and is leaving residents "confused, uncertain and in some cases downright angry."

"While Mr. Gallant pretends all is well, New Brunswickers aren't buying it," he said. "I'm certainly not buying it."

The party also said it is preparing a new legal challenge of results in the Saint John Harbour riding, which they lost to the Liberals by 10 votes. They have previously alleged that about 40 voters cast their ballots twice in the district.

"We continue to have concerns with the elections procedures in Saint John Harbour and we are in the process of preparing what, we anticipate, will be a further court application in this case," party lawyer Kelly VanBuskirk said in an email.

Following vote recounts last week in Saint John Harbour and two other ridings, the election outcome remains at 22 seats for the Progressive Conservatives and 21 for the Liberals. The Green party and the People's Alliance each have three seats.

Liberal Jean-Claude D'Amours, who won the riding of Edmundston-Madawaska-Centre, said the Liberals are acting in a legitimate way, having been invited by the province's lieutenant governor to see if they can form a government.

"I think the reality is it's Mr. Higgs who doesn't have at this point the numbers that he pretends," he said. "On our side we are just following the real procedure. We will open the assembly no later than Oct. 23."

"When we took power four years ago in New Brunswick we inherited a huge deficit. We reversed the situation ... and we have governed very well, so we have to make sure that we keep the stability of the province."

He said the Liberals are continuing discussions with the Green Party to see if there is a way to make the legislature work.

Higgs said the Progressive Conservatives have no formal agreements with the third parties, including the right-of-centre People's Alliance, but the party is devising a "legislative document" that would describe how the legislature and its committees would function should the Tories form government.

"That's in draft format right now but we'll complete that this week and the intent would be to share that with all leaders," he said. "It's to give us an operating guideline to make the legislative process more functional."