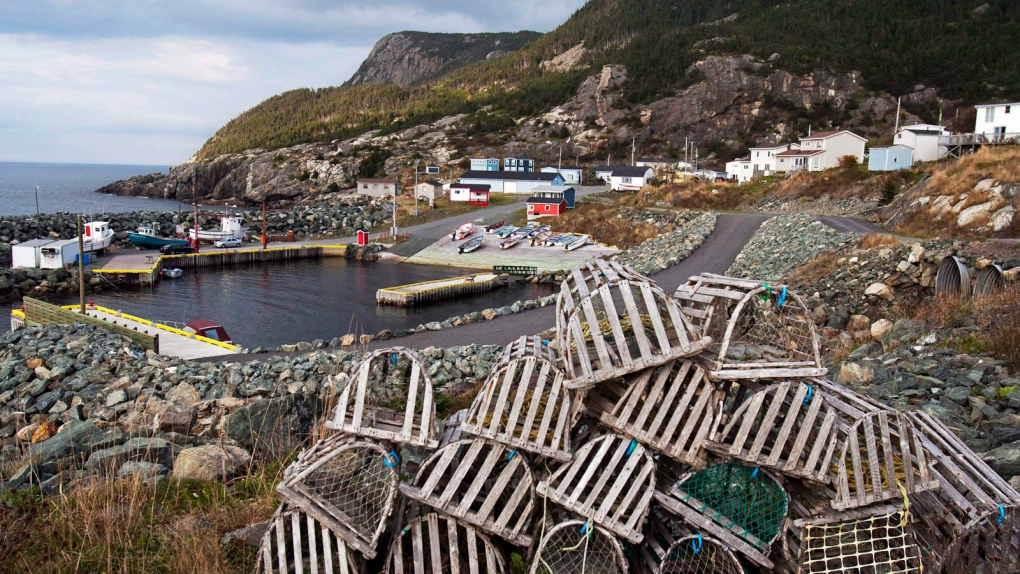 The harbour of the town of Bauline, Newfoundland and Labrador is seen on Oct. 10, 2011. (Andrew Vaughan / THE CANADIAN PRESS)

ST. JOHN'S, N.L. -- Newfoundland and Labrador public health officials have issued advice for those looking to stay COVID-safe while marauding around town with underwear on the outside of their clothes.

At a news conference Thursday, the province's chief medical officer of health asked residents to stick to their households of close contacts while mummering this holiday season.

Mummering is a popular Christmas tradition in Newfoundland and Labrador in which revellers go door to door, completely disguised, often with underwear over their clothes.

It's common for mummers to pad their behinds and wear pillowcases or doilies over their faces with the eyes cut out.

Mummers first ask if they're allowed in and then burst into homes to dance, sing and drink while the host tries to guess who they are.

Health authorities in the province are also advising that people will have to maintain six feet between themselves and Santa Claus this year, meaning children will not be able to sit on his knee.

Shane Mills, a St. John's-based film director, jokes that when it comes to mummers, this year he'll be following the protocols he learned from years of watching horror movies.

"If you're wearing a pillow case and banging on my door, I'm not letting you in," he said in a Facebook message.

Mills said he has always been fascinated by the terrifying, macabre idea of strangers showing up unannounced, staring out through dark holes cut out of old cloth.

His film crew Grind Mind is working on their second horror film inspired by the Newfoundland tradition, "Mummering Legends," and they're due to start filming in January.

This report by The Canadian Press was first published Nov. 12, 2020.

'It's so painful': Loved ones share loss as COVID-19 deaths mount in Manitoba care facilities

Premier warns of harsher COVID-19 restrictions after data shows Ontario may get 6,500 cases per day

COVID-19 may have reversed decline in Canadian trust in scientists, survey says