N.L. sets up panel to prepare for 2041 end of Churchill Falls hydro deal with Quebec 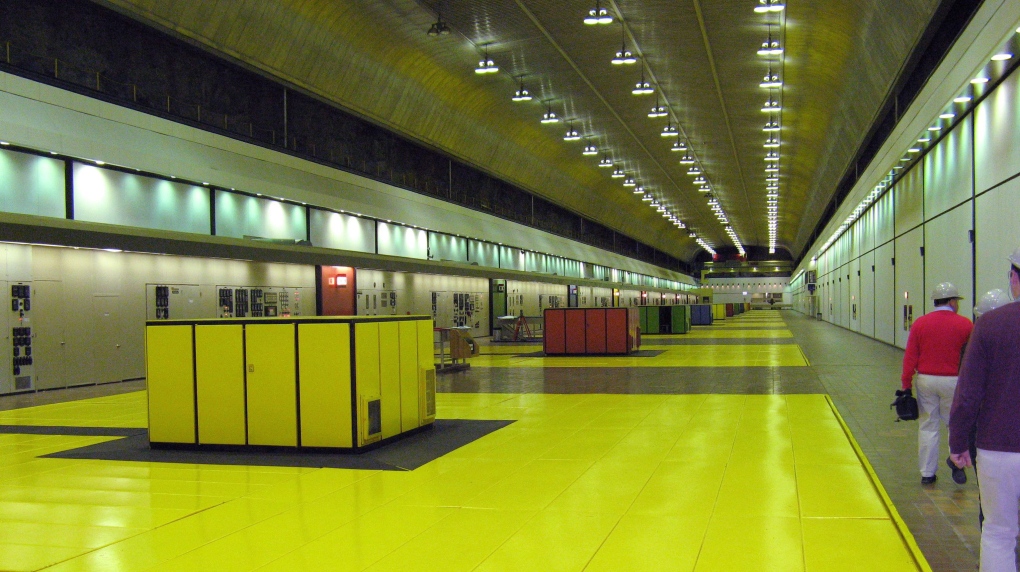 The inside of the powerhouse at the Churchill Falls hydro electric station in Churchill Falls, N.L. is shown on Friday Nov. 20, 2009. (THE CANADIAN PRESS/Kevin Bissett)

ST. JOHN'S, N.L. -- The Newfoundland and Labrador government has established a panel to examine how the province could capitalize on the end of a controversial and long-bemoaned energy deal with Quebec.

Panel members will examine how to best position the province so it reaps the maximum benefits when the Churchill Falls contract terminates in 2041, officials announced Wednesday.

Though that date is nearly two decades away, Newfoundland and Labrador Premier Andrew Furey insisted it's not too soon to start planning.

"Certainly we can enable our best path to the future by seeking evidence now, while we have time," Furey told reporters in St. John's. "In the utility space, 20 years is nothing -- it's a blink of an eye. These projects are designed for an 80-year or 100-year timeline."

Signed in 1969, the Upper Churchill Falls contract has long been a political and economic thorn in Newfoundland and Labrador's side.

The agreement allows Hydro-Quebec to purchase the majority of electricity from the Churchill Falls generating station in central Labrador, thus enabling Quebec to keep most of the revenue. As of 2019, the deal yielded close to $28 billion in profits to Quebec, compared to just $2 billion for Newfoundland and Labrador.

"I don't think Quebec is the bogeyman in any of this," Furey said. "I think the challenge for us in our generation right now is to not be anchored in the emotions of the past, but to truly recognize the opportunities for the future."

Furey said he had "high-level" discussions last August with Quebec Premier Francois Legault about the end of the deal. The panel announced Wednesday, Furey added, will help position Newfoundland and Labrador to benefit most when that day comes.

The 12-person panel of academics, scientists, lawyers and business people includes Jennifer Williams, chief executive officer for Newfoundland and Labrador Hydro, the province's Crown energy corporation. The team will look at how the province might best use the Churchill Falls power once it no longer belongs to Quebec, and members will consider upgrades for the 5,428-megawatt station and its transmission facilities, Furey said.

The group will meet every month and provide concluding advice to the provincial government by Sept. 30, a news release said.

The panel was formed following a recommendation by a 2017 inquiry investigating the Muskrat Falls hydroelectric generating facility -- another energy project causing grief and economic turmoil for the province. Sanctioned in 2012 at a price tag of about $7.4 billion, the cost for Muskrat Falls had ballooned to $13.1 billion as of September 2020. The project has been plagued with delays and is not yet producing power at full capacity.