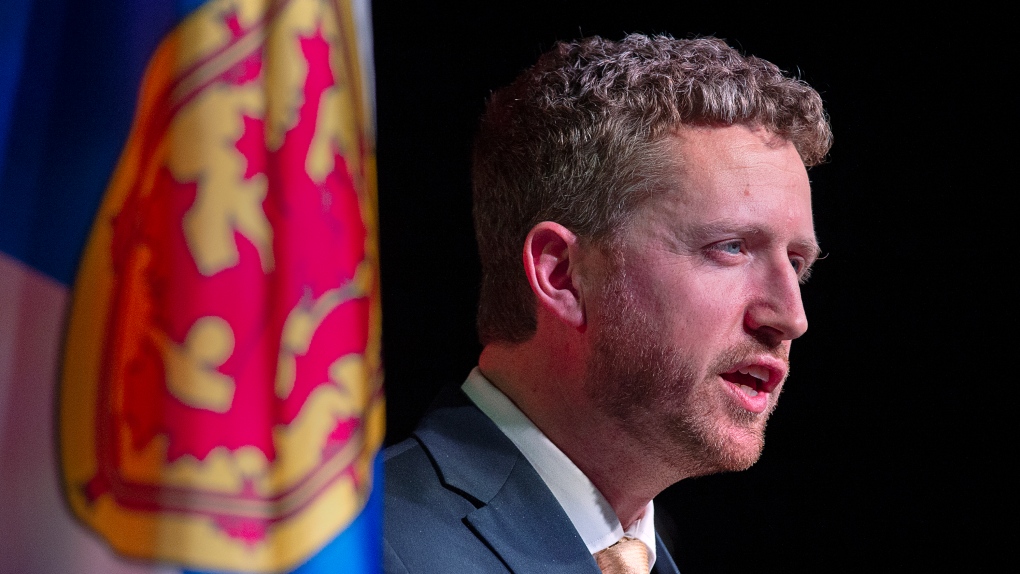 HALIFAX -- The next premier of Nova Scotia has announced a six-person transition team led by former cabinet minister Diana Whalen as he prepares to navigate the challenges of governing in a pandemic.

Iain Rankin was chosen as the successor to Premier Stephen McNeil at a virtual Liberal party leadership convention Saturday night.

Whalen is a former Halifax-area member of the legislature and was deputy premier and minister of finance during McNeil's first majority government between 2013 and 2017.

She will chair a transition team that will work with civil service leaders in the period leading to the swearing-in of Rankin as premier and his new cabinet, with their first meeting scheduled for Tuesday.

David Johnson, a political science professor at Cape Breton University in Sydney, N.S., said in an interview Tuesday the leadership group faces the dual challenges of keeping a lid on the spread of COVID-19 and bringing in a budget that could be the last before the next provincial election.

The province had just nine active cases of the illness as of Tuesday.

Premier Stephen McNeil has formed a highly recognizable partnership with Dr. Robert Strang, the chief medical officer of health, in briefings through the past year, and Rankin will need to establish a similar comforting presence, Johnson said.

"It's like changing skippers in the middle of a storm. The previous skipper has proven quite good at keeping the ship steady and moving forward, and the new skipper has to take the wheel," he said.

He added it will be up to the new leader to maintain the plan to provide vaccines to the population through the summer.

The political scientist said the more difficult task will be to plan for a provincial budget in the fourth year of the Liberal government's mandate.

The pandemic ate away at what was a slim surplus, leaving the projected deficit at $778.8-million as of December. McNeil has said his successor would likely be dealing with a budget deficit of around $500-million by the end of the fiscal year.

Johnson said he expects that Rankin's team will have to develop a pre-election budget that takes this "budgetary hole" into account.

The 37-year-old premier-designate, who has billed himself as an agent of generational change, will face pressures ranging from calls for improvements in long-term care to cries from the hospitality and tourism industry for assistance.

"How much more money will be there for more public health measures? How much will be provided to hurting industries from tourism to ports?" asked Johnson.

"Meanwhile, what is the plan to paying down the deficit? Is it budget cuts or tax increases?"

McNeil told reporters on Tuesday that no date has been set for the swearing-in of the new premier and his cabinet.

"It usually takes two weeks, 10 to 14 days. Until that point, I'm still the premier and I'll be in my office making decisions on behalf of Nova Scotians. There's no lull going on here," he said.

This report by The Canadian Press was first published Feb. 9, 2021.