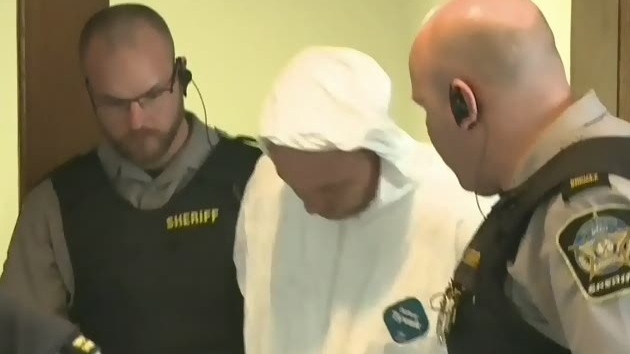 Richard Wayne MacNeil is charged with first-degree murder in the death of Sarabeth Ann Forbes.

A psychiatrist says a Cape Breton man accused of killing his common-law partner is fit to stand trial, but isn't criminally responsible.

Richard Wayne MacNeil is charged with first-degree murder in the death of 33-year-old Sarabeth Ann Forbes, whose body was found inside her Gardiner Mines, N.S. home on April 18.

MacNeil was remanded to the Cape Breton Correctional Facility and ordered to undergo a psychiatric assessment. The report was prepared by a doctor from the East Coast Forensic Hospital in Dartmouth.

“It’s on account of mental disorder, is basically the bottom line in the report, and as I said, this is just an opinion … there’s no finding of NCR until he goes before a court,” said Crown attorney Steve Drake Friday in Sydney provincial court.

“Only the judge can make that finding. This is just an expert opinion. It’s one piece of evidence that we’ll have during the hearing on these matters.”

The Crown says it will have its own doctor perform a second assessment on MacNeil.

Forbes worked at the Cape Breton-Victoria Regional School Board as a teacher’s aide. MacNeil is the father of her nine-year-old son.