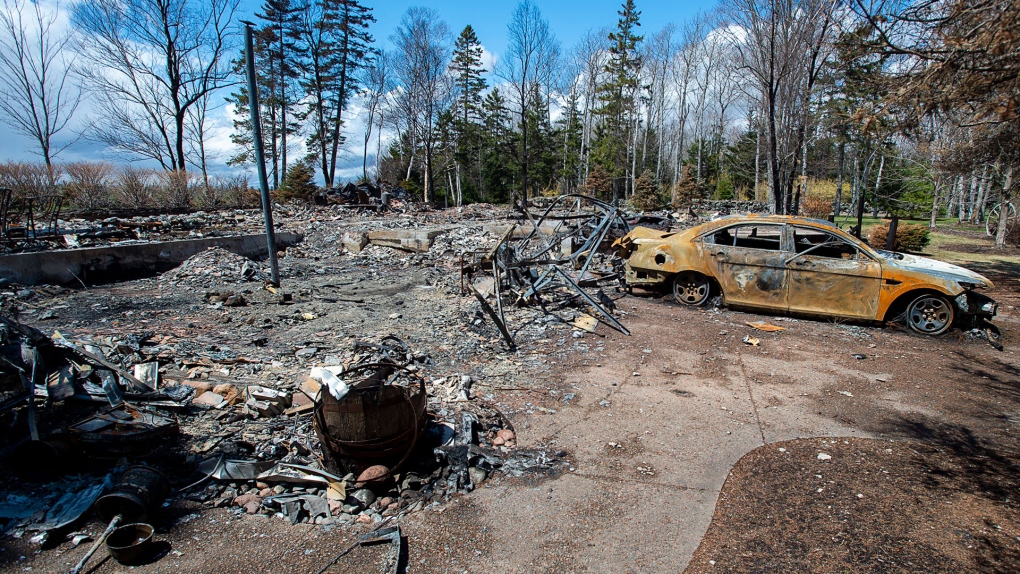 HALIFAX -- The families of victims of the 2020 Nova Scotia mass shooting have added the gunman's spouse, her brother and her brother-in-law as defendants to the original class action lawsuit against the killer's estate.

Documents filed with the Supreme Court of Nova Scotia on Feb. 5 add the names of Lisa Banfield, James Blair Banfield and Brian Brewster in the notice seeking damages for deaths, property destruction and injuries.

The families' lawyer says in a news release the amendments to the proposed class action were made following the Dec. 4 criminal charges laid against the three, alleging they illegally supplied ammunition to the gunman.

Police have said the alleged ammunition offences occurred in the month before the April 18-19 killings but that those charged had no prior knowledge of what the gunman, Gabriel Wortman, intended to do.

However, Sandra McCulloch, a lawyer for the families, says in a news release "there is support for possible civil liability between these parties and the families and individuals we represent," and she says the step was taken "in order to preserve their rights as further details emerge."

The statement of claim contains allegations that have not yet been tested in court.

The court document alleges Lisa Banfield was "aware of and facilitated Wortman's preparations," including his accumulation of firearms, ammunition, police paraphernalia and the outfitting of a replica RCMP vehicle, and she knew or ought to have known of his intentions.

The action also alleges that her brother and Brewster acquired some of the ammunition that Wortman used and that they also knew or ought to have known of his intentions.

A defence lawyer for James Blair Banfield said her client had no comment, and lawyers for Lisa Banfield did not immediately respond to a request for comment. Tom Singleton, Brewster's criminal defence lawyer, said in a telephone interview that he will consult with his client about the lawsuit.

However, he noted that civil cases "can drag on for years, and the people filing them want to cover off every possible angle, and it is sometimes years before ... they realize there is nothing there." He added that in civil litigation, "the rule seems to be to add every party you can in the hope something sticks."

The families' original notice of action was filed in May last year against the estate of the 51-year-old denturist, and it has been amended four times.

The most recent valuation of the killer's estate estimates its value at about $2.1 million, including $705,000 in cash police seized from a property in Portapique.

The gunman was shot dead by a police officer at a gas station in Enfield, N.S., on April 19, after he had killed 22 people during a 13-hour rampage wearing an RCMP uniform and driving a replica police vehicle.