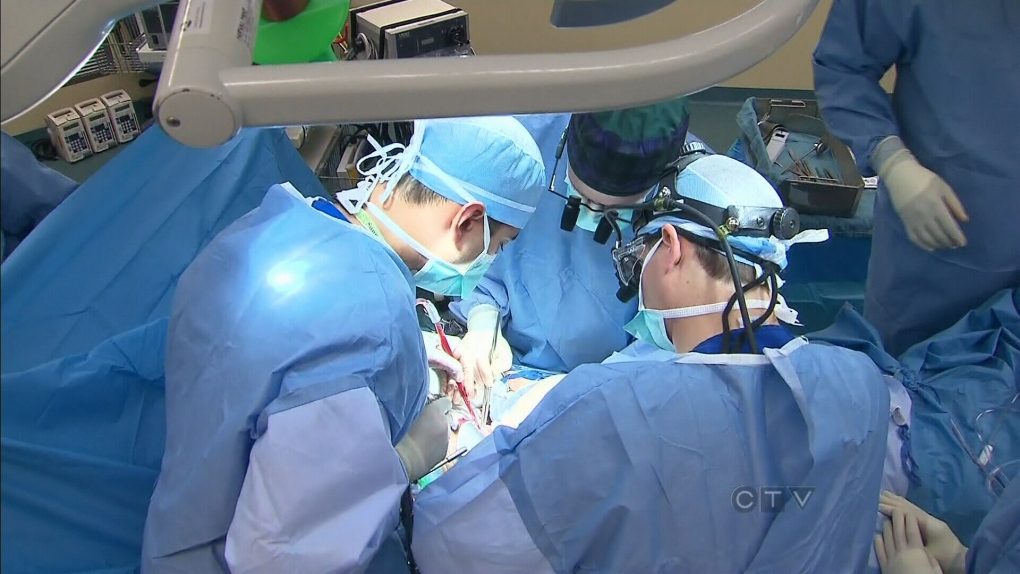 Nearly a year after Nova Scotia became the first jurisdiction in North America to assume residents agree to donate their organs when they die, there are challenges in getting an idea on the uptake of the program.

Under Nova Scotia's Human Organ and Tissue Donation Act, which took effect Jan. 18, everyone in the province is presumed to have given consent to having their organs harvested and donated -- unless they had opted out of the program when they were alive. That's in contrast to the rest of the continent, where people must opt in.

Dr. Stephen Beed, medical director of the province's organ and tissue donation program, said the COVID-19 pandemic shut down his department between May and June, which diverted staff to other areas of the health system.

"Concluding anything in a year like this is going to be tough," Beed said in a recent interview, adding that he suspected the year-end numbers on donation rates could be skewed. However, he said it's hard to predict by how much.

Still, he expressed optimism because preliminary referral numbers were "up substantially" earlier this year. "When we started this, we had donor numbers that were in the high teens and we wanted to get to the mid- to high 20s," Beed said. "I certainly hope that's where we are going to be as a new norm and higher than that maybe."

Beed said the most recent figures indicate around 50,000 people -- about five per cent of the province's population -- have opted out so far. "We do know from Canadian survey data that the per cent of people who say they want to opt out is higher than five per cent," Beed said.

He said he also wondered whether more public education is needed, because of the number of people who have called the organ donation program seeking information on whether they have to opt out. He said many incorrectly assume they don't medically qualify as donors.

"There are people opting out for reasons we think warrant more education, because they are not saying they disagree with the approach, it's that there's some misconceptions out there," he said.

Nova Scotia's progress is being followed with interest by several Canadian provinces. Manitoba has long discussed the issue of presumed consent. Earlier this year, the province's law reform commission produced a consultation paper on the subject, noting similar proposed legislation under consideration in provinces such as Ontario, Quebec and Alberta.

Manitoba, however, continues to have an opt-in model in which people can choose through an online registry to be an organ donor.

Dr. Faisal Siddiqui, a physician with Transplant Manitoba's Gift of Life program, said he's curious to see what effect Nova Scotia's law will have. But with COVID-19 posing a challenge for programs across the country, Siddiqui said it's doubtful there will be an early accurate reading of its progress.

"COVID did a runaround for all of us and it's almost like you can't trust the numbers right now because the change you might see is maybe confounded or confused by this problem," he said. If there is a noticeable bump in organ donations over time, the message would spread across the country, Siddiqui said.

"If that is how society chooses to proceed, I would support it," he said. "I think it may help me as a physician take care of people who have organ failure to the point of needing a transplant."

In New Brunswick, an Opposition Liberal private member's bill, based largely on Nova Scotia's law, was introduced in the spring and is currently being considered by the legislature's law amendments committee. The bill has the full backing of the New Brunswick Medical Society. Society president Dr. Mark MacMillan made a presentation to the committee in October.

MacMillan said if the province moves ahead, there is a potential pool of 420,000 people who could be organ or tissue donors. He said a number of jurisdictions have a stake in whether Nova Scotia shows improved numbers over time.

"Any data that shows a positive improvement in the rates and percentages of organs being donated would be beneficial across the country, including here in New Brunswick," MacMillan said in a recent interview.

Meanwhile, work continues to bolster Nova Scotia's transplant system, something Beed said is key to supporting the change to presumed consent. He said donation physicians were added last year in Cape Breton, the Annapolis Valley and the Halifax area, and they were added this year in Amherst, Truro and Yarmouth. The plan is to add two more in 2022.

"What we imagine might happen as our system matures is to have donation procedures carried out at regional hospitals outside of Halifax," Beed said.

According to Canadian Blood Services, which is the national collaborating body for provincial transplant systems, about 4,400 Canadians are waiting for an organ transplant.