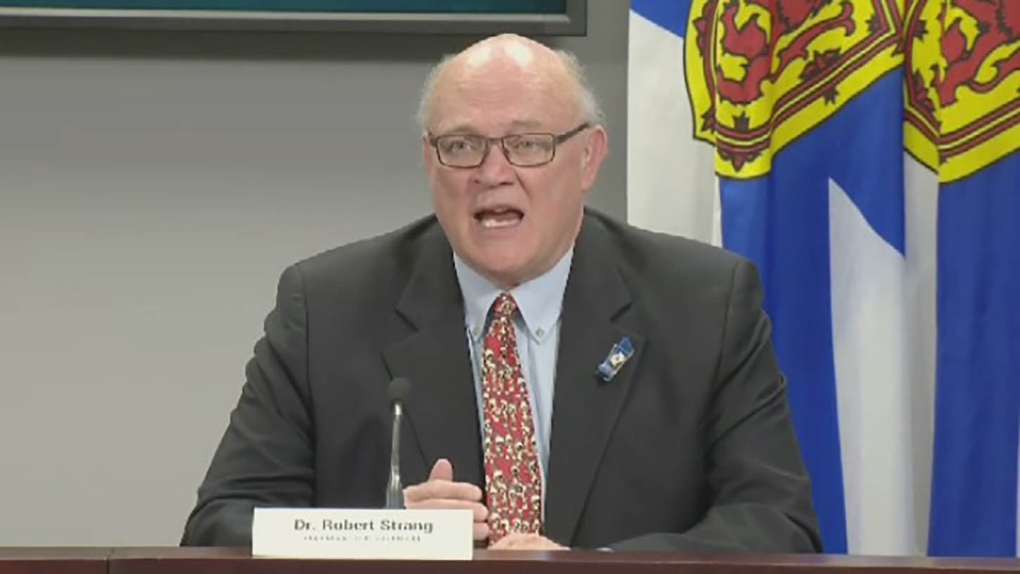 Nova Scotia Chief Medical Officer of Health Dr. Robert Strang provides an update on COVID-19 during a news conference in Halifax on May 22, 2020.

HALIFAX -- For the third day in a row, Nova Scotia is reporting only one new case of COVID-19, and only one long-term care facility now has active cases of the virus.

Nova Scotia has seen a significant drop in the number of cases during the month of May, with cases in the single digits being reported since May 5.

Premier Stephen McNeil and Chief Medical Officer of Health Dr. Robert Strang will not be holding a news conference on Monday. The next news conference in scheduled for Tuesday.

Of the 1,051 confirmed cases, the province says 974 people have now recovered from COVID-19 and their cases are considered resolved.

This leaves 19 active cases in Nova Scotia. Sixteen of those cases are connected to Halifax’s Northwood long-term care home, which currently has 12 residents and four staff members with active cases of COVID-19.

Northwood is now the only long-term care facility in Nova Scotia with active cases of COVID-19, as a resident at a second facility has now recovered from the virus.

This leaves only three active cases outside of Northwood, which has seen the most significant outbreak of COVID-19 in the province.

Fifty-two of the province’s 58 deaths have been at Northwood.

As of Sunday, Northwood was reporting a total of 343 cases involving 246 residents and 97 employees, though 182 residents and 93 employees have now recovered from the virus.

There are still six people in hospital and three of those patients in the intensive care units.

The latest case was confirmed in the Nova Scotia Health Authority’s central zone, which contains the Halifax Regional Municipality and has seen the most significant number of cases. 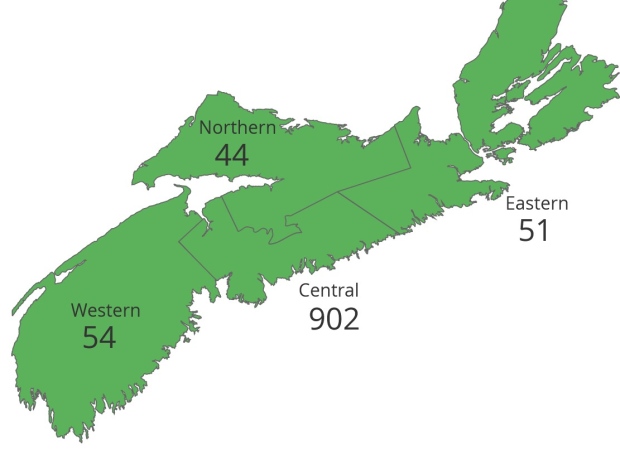 Can I get tested for COVID-19? What the rules are in each province and territory

How music therapy is helping some manage pandemic stress

Where to find cloth face masks, how to choose them and how to keep them working

Nearly half of coronavirus-related tweets are sent by bots spreading misinformation, research finds

Has the pandemic drastically changed your financial situation? We want to hear from you