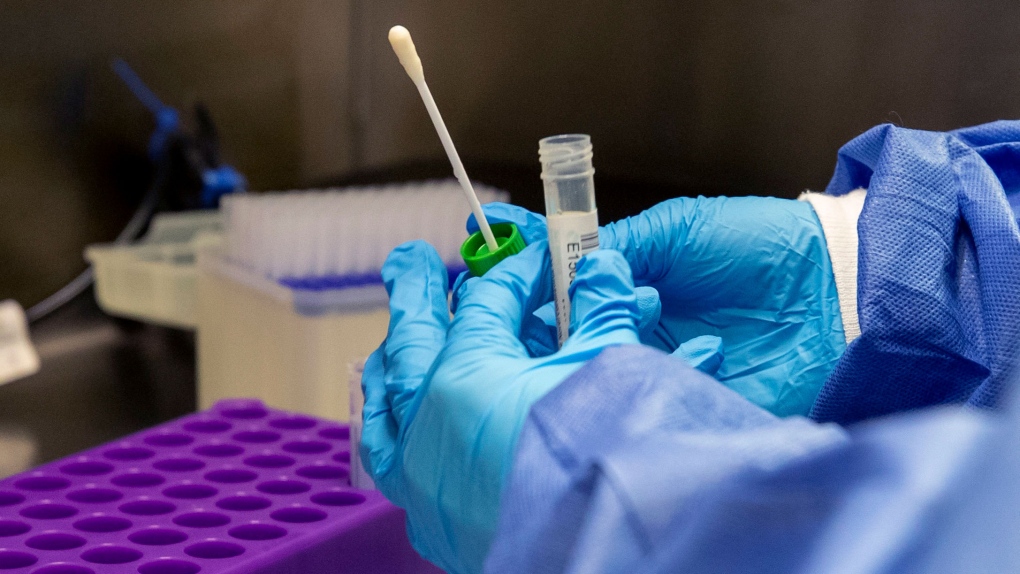 A medical laboratory assistant prepares Covid-19 tests for analysis in a laboratory at Whiston Hospital in Merseyside, Liverpool, England, Tuesday Oct. 20, 2020. The team of scientists are working round the clock at the hospital to deliver rapid coronavirus test results. (Peter Byrne/PA via AP)

Two cases are in the Central Zone and one of them is a close contact of a previously reported case. The other case is under investigation, public health said in a news release.

Two of the cases reported Wednesday are close contacts of previously reported cases in another province or territory. The people are not in Nova Scotia, but since they are Nova Scotia residents, they are included in the province's cumulative provincial data.

"This holiday season is different as we take the necessary steps to protect each other and contain the virus," said Premier Stephen McNeil. "Keeping gatherings small, limiting travel around the province, and following all the other public health guidelines is an essential part of having a safe holiday."

Since the pandemic began, there have been 1,458 cumulative confirmed cases, and 65 deaths. 1,358 cases are considered recovered, leaving 35 active cases in the province.

"I want to remind people that across the province the gathering limit is 10, no matter how many people live in your house. And if you do need to travel this holiday season, go from point A to point B without making any unnecessary stops along the way," said Dr. Robert Strang, Nova Scotia's chief medical officer of health. "Now is not the time to let our guard down. Continue to follow all the public health guidelines as you celebrate this holiday season."

There is currently no one in hospital due to COVID-19.

Fifty-six per cent of cases are female, and 44 per cent are male.

What we know about the Moderna COVID-19 vaccine

Live map: Where Canada's COVID-19 vaccines are being distributed