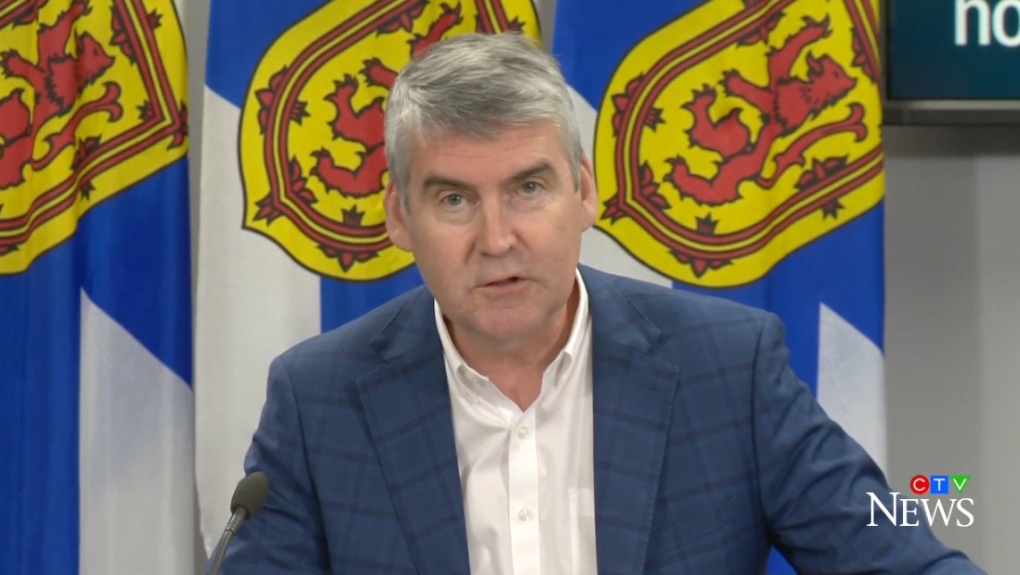 “As we come out of an unprecedented period of public health restrictions, I ask Nova Scotians to think local and support local,” said Premier Stephen McNeil. “Businesses that are reopening this weekend have done a lot of work to ensure they’re providing a safe environment for their patrons. Please be patient as we all adapt together.”

HALIFAX, N.S. -- For the third day in a row, Nova Scotia is reporting no new cases of COVID-19 on Saturday.

The province did not report any additional deaths on Saturday. Sixty-one Nova Scotians have died from COVID-19.

Additionally, a Halifax-based law firm is proposing a class-action lawsuit against the facility, claiming normal standards of care weren't met to protect against infection from COVID-19.

The province says two more people have recovered, for a total of 999 COVID-19 recoveries. Their cases are considered resolved.

According to provincial numbers, 1,058 positive cases minus 61 deaths and 999 recoveries would leave active cases in Nova Scotia at a total of negative two – causing much confusion.

Dr. Robert Strang, Nova Scotia's chief medical officer of health, has explained that the data from long-term care homes comes from a different data source than the one used by public health and is on a different timeline. As a result, the data isn't always congruent.

“As we have said many times, data is from a number of sources and reporting periods differ. It cannot be combined,” said Strang on Friday.

On Saturday, Strang said, while excitement is in the air, he wants everyone to be careful.

“I know many people are excited and anxious about businesses reopening or getting back to work. Our business community has done a tremendous job to prepare,” said Strang. “We’re in this together and all of the planning will only work if everyone co-operates. Please remember that COVID-19 is still here, and we all need to be cautious and safe.”

There are still three people in hospital as a result of complications due to COVID-19. Three patients are in intensive care units.

Most businesses that were forced to close at the start of the COVID-19 pandemic in March were allowed to reopen on Friday. After businesses were hit hard financially, Premier Stephen McNeil encouraged residents to support the local economy.

“As we come out of an unprecedented period of public health restrictions, I ask Nova Scotians to think local and support local,” said McNeil. “Businesses that are reopening this weekend have done a lot of work to ensure they’re providing a safe environment for their patrons. Please be patient as we all adapt together.”

Not all businesses may choose to reopen at this time, however.

On Friday, Strang noted that businesses that weren't forced to close still must have a reopening plan, but it doesn't need to be submitted for approval.

Can employers ask staff what they're up to outside work during the pandemic?

'We've been so blessed': In-person long-term care visits resume in some provinces

Is it safe to dine on a patio during COVID-19?

Prince William has been secretly volunteering for a mental crisis hotline