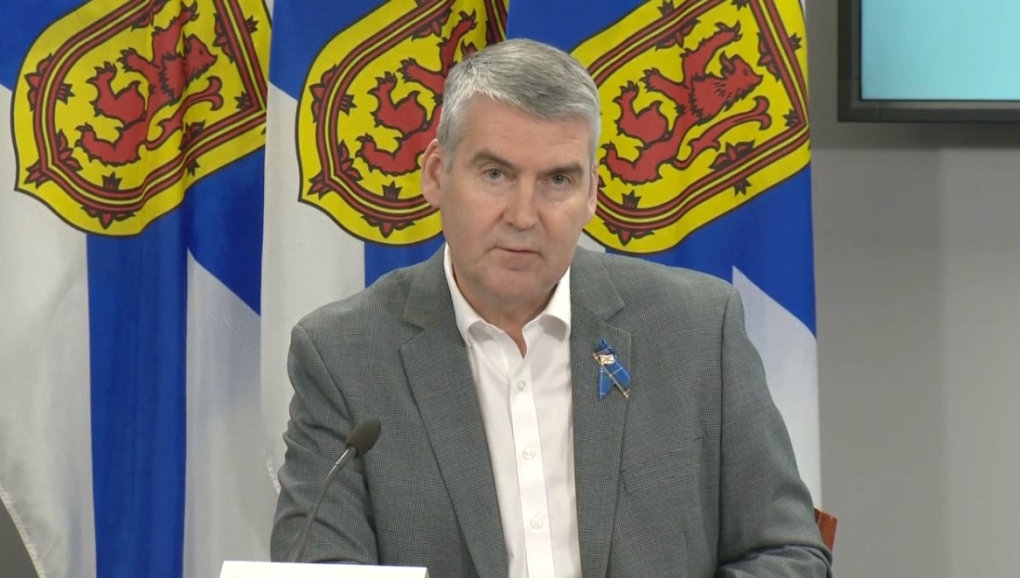 “Mother’s Day weekend is usually filled with visits and hugs for moms, grandmothers and mother-figures. Unfortunately, for many families, Mother’s Day will look different this year,” said Premier Stephen McNeil. “Please celebrate your mother as safely as possible today. If you don’t live with her, send your love virtually. This virus doesn’t pause its spread for even one day.”

To date, there have been 47 COVID-19 deaths in the province. Of those, 41 have been at Northwood long-term care.

“Mother’s Day weekend is usually filled with visits and hugs for moms, grandmothers and mother-figures. Unfortunately, for many families, Mother’s Day will look different this year,” said Premier Stephen McNeil. “Please celebrate your mother as safely as possible today. If you don’t live with her, send your love virtually. This virus doesn’t pause its spread for even one day.”

Two of the seven new cases have been found at Northwood's Halifax location.

On Sunday, Northwood reported a total of 326 confirmed cases of the virus, involving 231 residents and 95 employees. As of Sunday, 157 active cases of COVID-19 at Northwood’s Halifax location remain. Meanwhile, there are 20 staff with active cases.

On Sunday, Northwood reported of 95 employees with COVID-19, 75 have recovered.

The province reported seven new cases of COVID-19, bringing the total number of confirmed cases to 1,018.

“Everything we are all doing to slow COVID-19 is working, but we are not out of the woods. This will be a many months-long process and we must remain vigilant,” said Dr. Robert Strang, Nova Scotia’s chief medical officer of health. “Enjoy your weekend and Mother’s Day while following our public health orders and recommendations.”

Of the confirmed cases, 749 people have recovered, and their cases are considered resolved.

Nine people are currently in hospital. Three of those patients are in the intensive care unit.

There are cases across the province, but most have been confirmed in the Nova Scotia Health Authority’s central zone, which contains the Halifax Regional Municipality.

Six of the latest cases were confirmed in the central zone, while one case was reported in the eastern zone. The western and northern zones are reporting no additional cases at this time.

On Friday, Strang presented a rough outline of the plan that would be used to lift COVID-19 restrictions, based on national public health guidelines released this week.

He said the initial phase, for which a date has not yet been set, would see the reopening of non-essential businesses and daycares and a resumption of non-urgent health-care services, such as day surgeries and doctor visits.

Additional outdoor activities would also be allowed, along with essential gatherings such as funerals, and the number of people allowed at gatherings would be increased from five to 10 people.

Strang said the first phase and all subsequent phases would be followed by a 28-day trial period to ensure the measures had not aggravated the spread of the virus.

"Our objective is to move carefully and reopen things as much as possible, but doing things in a safe manner," Strang said.

"There are no firm dates on this."

Also on Friday, the province announced that all schools will remain closed for the remainder of the school year, which will officially end on June 5.

Students will continue their education at home until June 5.

Teachers will continue to work until the end of June to finalize assessments and report cards.

How long will job losses due to COVID-19 last?

Pence spends weekend at home after exposure to infected aide