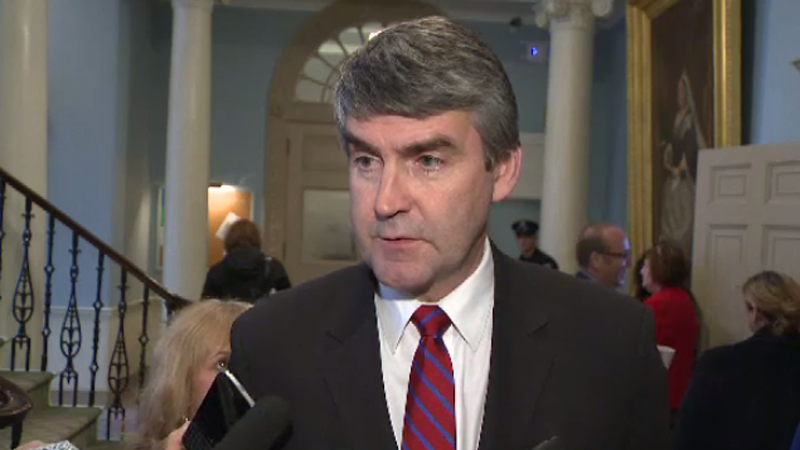 HALIFAX -- Unlike his Saskatchewan counterpart, Nova Scotia's premier is refusing to publicly mix it up with Ottawa over the potential imposition of either a carbon tax or cap-and-trade system, although it's clear the province is reluctant to adopt either measure.

Following a cabinet meeting Thursday, Stephen McNeil struck a conciliatory tone, saying Nova Scotia's record of leading the country in the reduction of greenhouse gas emissions should count for something in ongoing talks with the federal Liberals.

"We're encouraged by the conversation and we are going to continue to talk to them looking for a Nova Scotia solution to helping them achieve their national goals of reducing GHGs," said McNeil.

McNeil said there was more work to do and wouldn't be specific about what the federal government was relaying back to his officials.

Ottawa is preparing to announce a national policy for carbon pricing this fall and federal Environment Minister Catherine McKenna has indicated there will be a specific definition of what meets that standard.

So far, Alberta and B.C. meet the minister's definition with carbon taxes, along with Ontario and Quebec who make the grade with their cap-and-trade plans.

In Saskatchewan, Premier Brad Wall is defending his province's carbon-capture system and has already said he would have a "big problem" with an imposed carbon pricing scheme that would further stress Western Canada's energy sector.

Nova Scotia says it is well on track to beat its 2020 goal of reducing emissions to at least 10 per cent less than 1990 levels and has set a goal of obtaining 40 per cent of its electricity from renewable sources by 2020.

It has already reduced emissions to 17 per cent below 1990 levels and got 26.6 per cent of its electricity from renewable resources in 2015, passing the target of 25 per cent by that year.

McNeil said he's been pushing the idea of increasing Atlantic Canada's ability to use and export more renewable sources of energy such as hydro, tidal, and wind power as a way of further reducing the region's carbon footprint.

But whether that holds any sway with the federal government remains to be seen, given the province still gets most of its electricity from coal-fired generating plants and also projects that coal will continue to play some part in the energy mix until at least 2042.

Nova Scotia Environment Minister Margaret Miller said her province would continue to ask for flexibility in determining the final outcome of the national plan.

In the meantime, Miller said her department is gathering information on how much a potential carbon pricing initiative would cost the province.

"There are scenarios being costed out, but we don't have any numbers yet," she said.