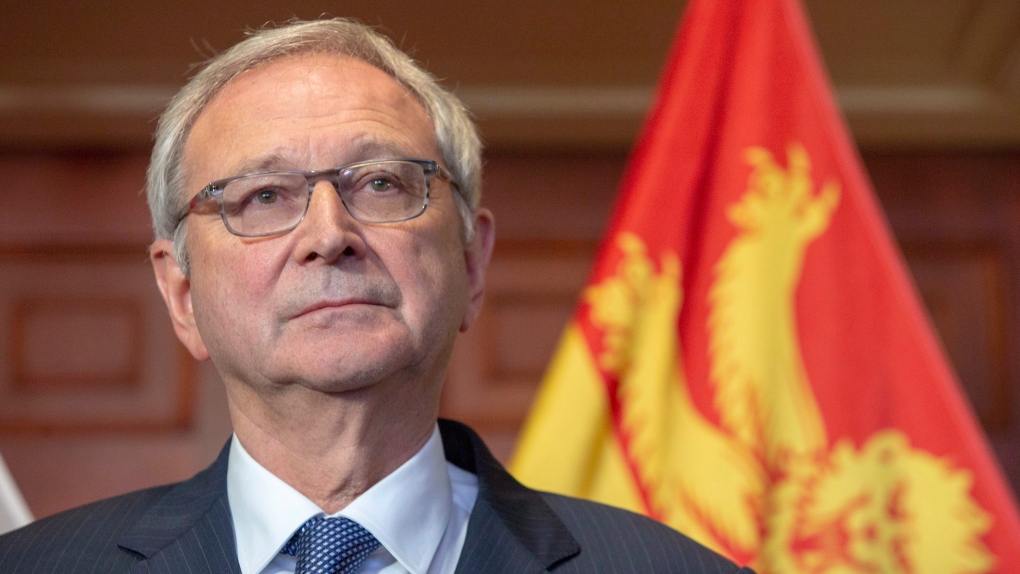 Last week, the new Tory government announced it will intervene in legal challenges launched by Saskatchewan and Ontario, but now Higgs says New Brunswick will also launch its own legal challenge of the carbon tax.

He said the proposed federal backstop puts New Brunswick at a disadvantage, and if it remains in place, New Brunswickers will be paying the country's highest tax on gasoline by 2022.

"We believe the federal government's carbon tax unfairly targets New Brunswick businesses and is too heavy a financial burden for ordinary residents who need to heat their homes in the winter and drive their cars to where they need to go," he said Wednesday.

Higgs said his government will endorse the recommendations of the New Brunswick Climate Change Action Plan released two years ago, and will develop regulations to deal with large industrial emitters.

At this point it's unknown what those regulations will say, but Higgs insists they will work.

"The commitment is that we will not allow our targets not to be met. Every industry needs to understand that we have a goal that we've set for 2030," he said.

Lois Corbett, executive director of the Conservation Council of New Brunswick, said she's glad the government is endorsing the action plan, but says it is weakening the targets.

She said the target of reducing emissions to 14.1 megatons by 2030 is about four megatons more than a previous target, and she worries when government talks about developing a "made-in-New Brunswick" solution.

"Will they be weaker than those on an oil refinery in Montreal or Ireland, or not?" Corbett said.

Green Leader David Coon said the court challenges will fail and be a complete waste of taxpayers' money. He said Higgs could have simply waited for the outcome of the challenges by the other provinces.

Cathy Rogers, the Liberal environment critic, says the court challenge is "irresponsible" and calls a carbon plan with no apparent source of funding just "rhetoric."

"Unless you're putting a price on carbon and changing behaviour, and holding those who emit the most more responsible, then there is just no way to fund initiatives," Rogers said.