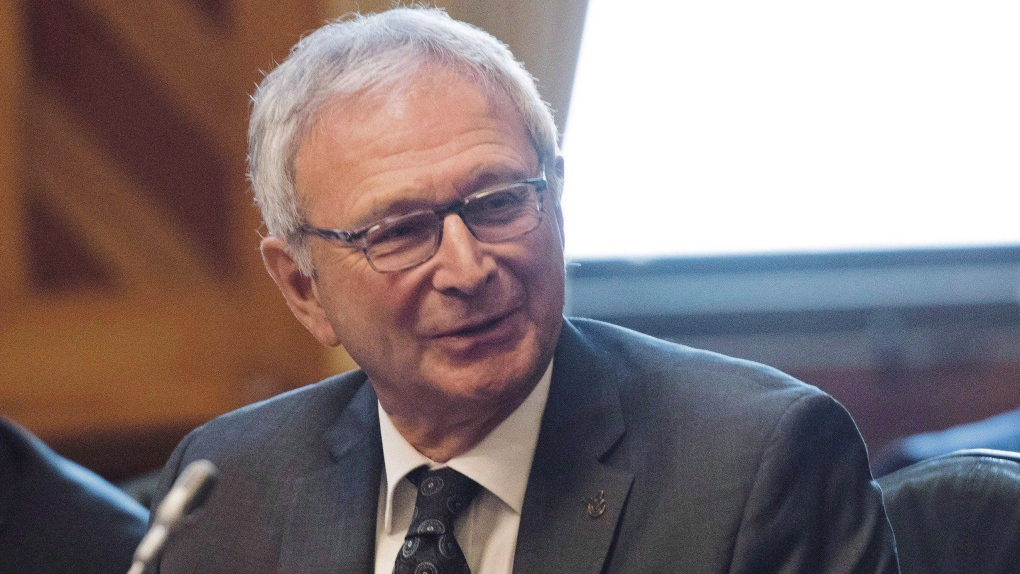 Blaine Higgs, MLA and leader of the Progressive Conservative Party of New Brunswick looks on in the Legislature in Fredericton, N.B., on Tuesday, January 30, 2018. (THE CANADIAN PRESS/Stephen MacGillivray)

FREDERICTON -- The New Brunswick government has filed a notice of intervention in Saskatchewan's court challenge of the federal government's carbon pricing plan.

Saskatchewan's government has asked its Court of Appeal to rule on whether the federal plan is constitutional.

A notice sent to the court Thursday reads: "This is to advise that the Attorney General of New Brunswick intends to intervene in the Matter of the Greenhouse Gas Pollution Pricing Act, Bill C-74, Part V, and in the Matter of a Reference by the Lieutenant Governor in Council to the Court of Appeal under The Constitutional Questions act, 2012."

The Ontario government is also challenging the plan in court and New Brunswick says it will file its notice of intervention in that court challenge in the coming weeks.

New Brunswick Premier Blaine Higgs said the federal plan would boost the price of gasoline in his province by 12 cents per litre over the next four years.

Ottawa asked all provinces to put a minimum price on emissions of $20 a tonne by Jan. 1.

The tax would be imposed in April on New Brunswick, Saskatchewan and Manitoba -- the provinces that have not signed on to the federal plan or come up with their own plan to curb carbon. Ontario announced its own plan on Thursday.

Ottawa has said if it implements a federal carbon tax in provinces without a plan, it will rebate the money to residents.

Higgs said Thursday he believes the court challenges can be successful.

"Boy when you get four or five provinces lined up, big provinces, then it improves a whole lot. And especially with the federal government going into an election year, I don't think they'll be too anxious to put more taxes on the people of Ontario. I would say that carries over to our province and so they shouldn't be too keen on putting taxes on our people either," Higgs said.

Higgs has said his government intends to develop its own carbon plan, and any acceptance of the plan by Ottawa would not be conditional on giving up any legal fight.