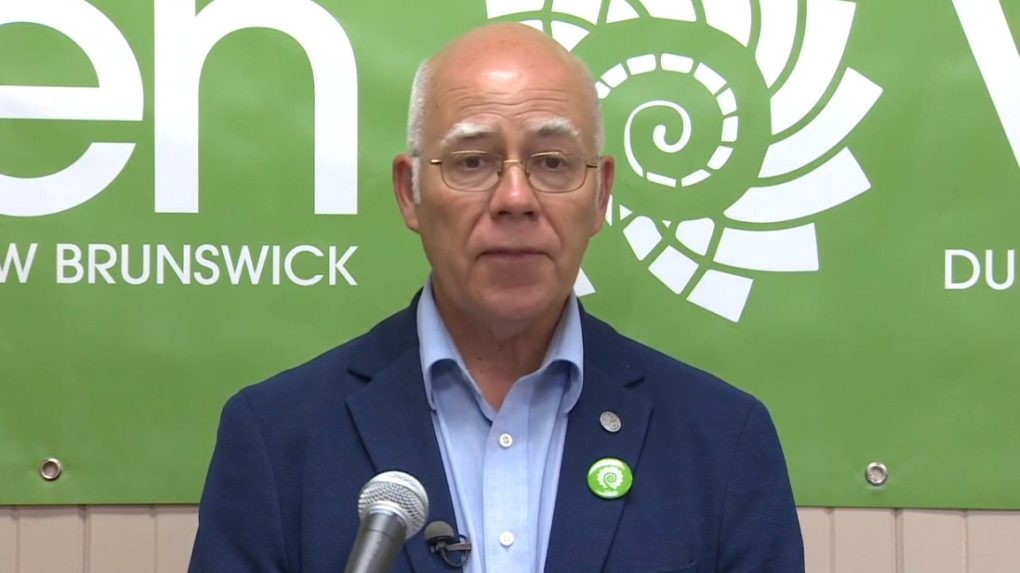 FREDERICTON -- The leader of New Brunswick's Green party says the bridge that links Lameque and Miscou islands with the Acadian Peninsula will be replaced if his party is elected to govern the province on Monday.

David Coon issued a statement Saturday as he and other major party leaders took their campaigns across the province with less than two days left before voting day.

As the 28-day election race drew to a close, Coon said the Greens would build a new bridge no later than 2022.

The two islands are cut off from the mainland whenever the Lameque-Shippagan Bridge closes, which was the case during the most recent ice storm in the region, he said.

"A Green government won't play politics with infrastructure projects whose timelines are based on public safety standards," Coon said in a statement. "Safety must transcend any political or partisan considerations."

The Green leader said the bridge is a vital link for more than 10,000 people, including those who work in the health sector and the fishing, peat and berry industries.

Coon was expected to campaign Saturday with P.E.I. Green Leader Peter Bevan-Baker and Jo-Ann Roberts, interim leader of the Green Party of Canada. They were scheduled to meet voters in Fredericton, Sackville, Memramcook, Moncton and Shediac.

Progressive Conservative Leader Blaine Higgs was in northern New Brunswick, where he was to travel from Bathurst to six other communities before ending the day on the province's east coast at Bouctouche.

The Tories issued an appeal to supporters Saturday asking for financial donations to help cover the expenses of volunteers.

"We're mobilizing all of our volunteers to ensure that New Brunswickers get out and vote on Monday," the party said in an email that called for $10,000 in donations over the next three days.

"Our volunteers are going to need food to eat and gas in their trucks as they reach out to as many people as they can."

Meanwhile, Liberal Leader Kevin Vickers was expected to campaign in Hartland before moving on to Bath, Grand Falls and Edmundston. His tour schedule for Sunday includes Kedgwick, Petit Rocher, Bathurst and Neguac.

People's Alliance Leader Kris Austin planned to campaign in his riding of Fredericton-Grand Lake, where he had scheduled stops in Minto and Chipman.

This report by The Canadian Press was first published Sept. 12, 2020.