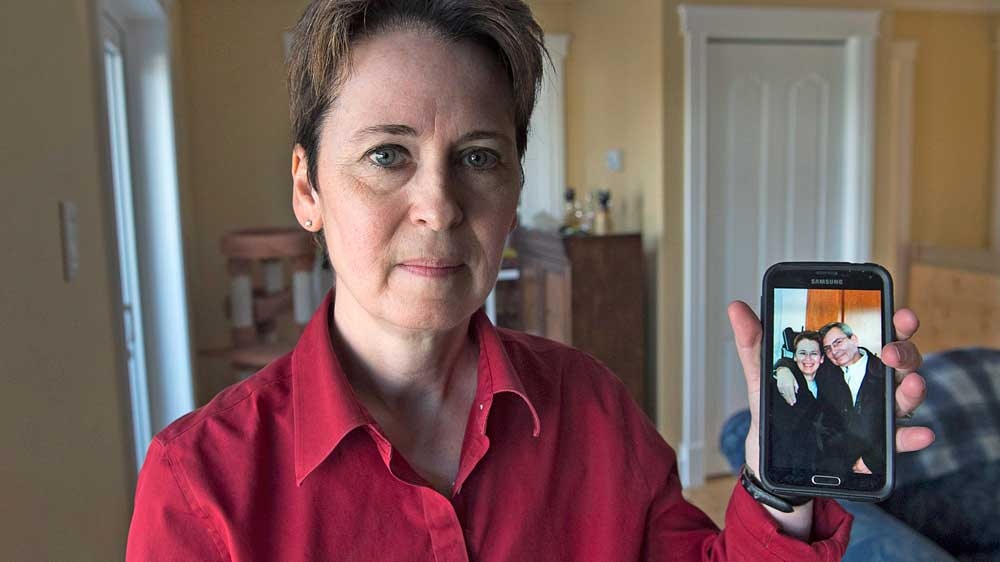 HALIFAX -- Health authorities will act on recommendations stemming from the case of a Nova Scotia man who languished for six hours in a Halifax ER hallway while dying from pancreatic cancer.

Dr. Mark Taylor, a medical director with the Nova Scotia Health Authority, said Thursday the final recommendations regarding the treatment of 68-year-old Jack Webb will be provided to his widow.

"I have every confidence the recommendations that come out of this will be implemented and they will lead to positive change," said Taylor in an interview.

Kim D'Arcy has said her husband's final days in hospital in January included his long wait in ER, having an intravenous that wasn't functioning left in his arm for hours, being bumped from a room by another dying patient and overhearing a health worker say he shouldn't be resuscitated if his heart failed.

She said in his final hours before dying on Feb. 1, Webb became so frustrated he gestured at his hospital identification tags and urged her to cut them off and take him home.

After the story was published by The Canadian Press last month, the Liberal minister of health told reporters he'd ask his department and the health authority to look into the case and provide information to the family.

Taylor said he has formally apologized to D'Arcy on the hospital's behalf and will provide her with a copy of the review's recommendations, which are expected to be completed next week.

He said she can also receive Webb's medical treatment charts by applying to the hospital, but the quality review report itself is protected from disclosure under provincial law.

Taylor said health care staff who oversaw Webb's death were invited to a meeting last week to discuss what happened.

"The recommendations will be available very soon. I've offered her (D'Arcy) a meeting to review those recommendations with her. And she has sent us a list of questions which we will endeavour to answer when we meet with her," he said.

However, D'Arcy said in an interview she remains skeptical over the process, and is disappointed she can't see details of the review itself along with the final recommendations.

"I feel as frustrated as when I was waiting with Jack in the hallway. I feel there's no transparency and there's no accountability," she said in an interview.

"They're allowed to have their discussion about what they did wrong, but they don't have to present their findings to the family."

She said she did appreciate receiving an apology, but is eager to see actual changes.

Webb's experience of waiting in emergency and then being bumped around the hospital occurred during a period when data suggests the hospital was struggling to keep up with demand.

Over the past winter emergency departments in the large Halifax hospitals had repeatedly been calling "code census," an overcrowding protocol that spills excess patients into the main hospital's hallways and sets off bed bumping.

The Nova Scotia Government and General Employees Union brought the protocol to public prominence in March, releasing data showing that what was supposed to be an occasional measure to deal with ER overcrowding had become a regular event.

In the Halifax Infirmary, the code was called 23 out of 31 days in January, including the days when Webb was there.

During the past winter, the ER was receiving the highest rate of patient visits -- at times surging to about 250 patients per day -- in over two years. Overall, the average number of patients showing up daily at emergency had gone up by about a quarter in eight years, from 161 to 204.

Taylor said he can't comment at this point on whether any of the recommendations in the Webb case will relate to hospital crowding in Nova Scotia.

However, he said the issue is being looked at by the health authority on a wider scale.

"There's no doubt there are crowding issues .... We've undertaken a review to see if we can find better ways to improve the patient flow through the hospital," he said.

"The overcrowding is a significant problem for sure."