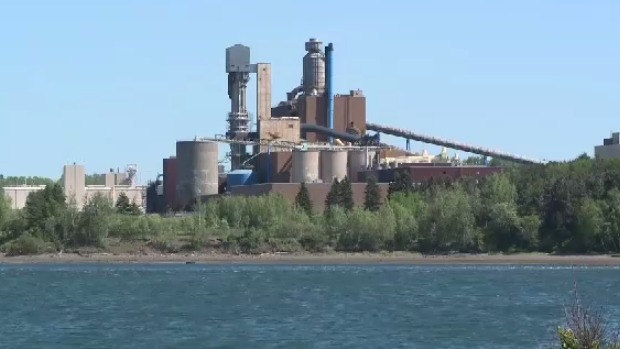 Nova Scotia's environment minister, calling the toxic Boat Harbour lagoon one of the worst examples of environmental racism in the province and possibly the country, announced details of a long-awaited cleanup Friday.

HALIFAX -- Nova Scotia's environment minister, calling the toxic Boat Harbour lagoon one of the worst examples of environmental racism in the province and possibly the country, announced details of a long-awaited cleanup Friday.

Iain Rankin said Friday the cleanup of Northern Pulp's wastewater lagoon, on the edge of a First Nations reserve, will be Nova Scotia's biggest environmental remediation project since the Sydney Tar Ponds, an industrial waste site near an old steel mill in Cape Breton.

"I don't think we can overstate the importance of this project," he said, adding that the goal is to restore the waterway to a pristine tidal estuary.

The picturesque bay off the Northumberland Strait was turned into polluted lagoon when the pulp mill opened in the 1960s.

The site was used by different industries over the years to dump waste, including a chemical plant, and is now a toxic mess with a "myriad of different contaminants," Rankin said.

"There are a lot of unknowns in terms of what contaminants have been in there," he said. "We're going back 50 years so some of the material was untreated."

The massive cleanup project will undergo a Class II environmental assessment, a rigorous process that evaluates human health, air, soil and water quality, the impact on nearby communities and other factors over 275 days.

The clock starts after the project is registered by Nova Scotia Lands, the provincial Crown corporation overseeing the cleanup.

Ken Swain, leader of the Boat Harbour project, said it is expected to be registered by this August. He said the tender documents should be issued by late 2019, with construction starting in 2020 and a five-year construction phase.

The Nova Scotia government has committed to closing Boat Harbour by 2020, and Northern Pulp, the kraft pulp mill in Abercrombie Point, N.S., is currently working on a new effluent treatment plant.

While the Boat Harbour cleanup has a budget of $133 million, Rankin said his aim is to meet strict environmental standards, not a set price tag.

Swain said the project will almost certainly require more money. While Ottawa is expected to contribute through a federal infrastructure fund, he said the province indemnified the company from cleanup costs back in the 1960s in a bid to attract industry to Pictou County.

The department will appoint an environmental assessment panel and hold public hearings or a public review of the project.