Nova Scotia may not be ready for next election: chief electoral officer

By Michael MacDonald THE CANADIAN PRESS 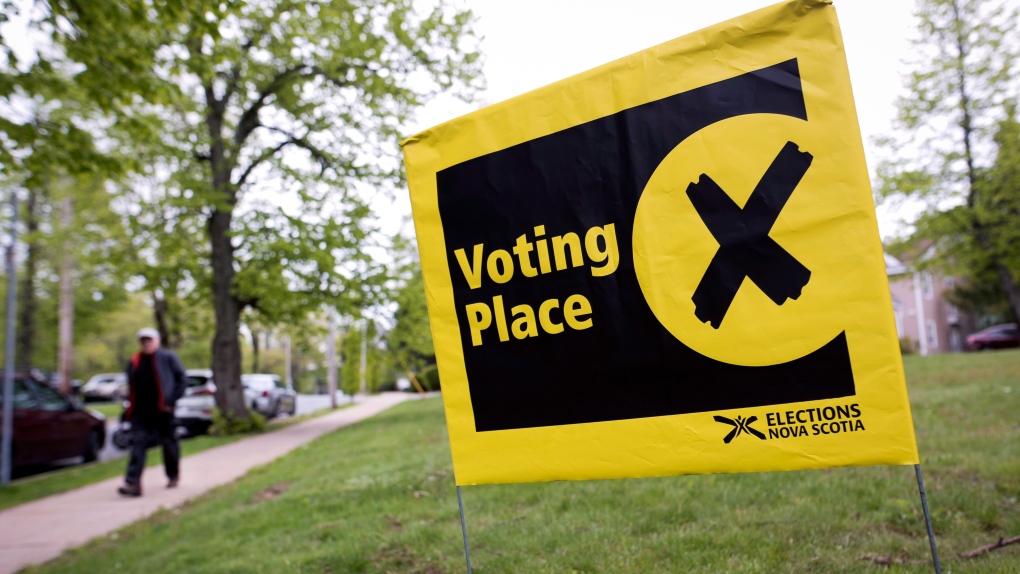 A sign marking a polling station is seen as a pedestrian walks past in Halifax on Nova Scotia's provincial election day on Tuesday, May 30, 2017. (THE CANADIAN PRESS/Darren Calabrese)

HALIFAX -- Nova Scotia's chief electoral officer says the provincial government has failed to provide his office with enough money to get the province ready for the next provincial election -- but the justice minister is insisting the funding is on its way.

Richard Temporale issued a report Wednesday saying Elections Nova Scotia's deadline for election readiness must be pushed back a year to April 1, 2021.

That could be a problem because Premier Stephen McNeil's Liberal government has been in power since May 2017, which means it's possible an election will be called before the deadline.

"If an election is called before the plans are fully implemented, both the quality and the integrity of the election may be at risk," Temporale said in a statement.

Nova Scotia is the only province in Canada without fixed election dates.

As a result, Temporale said he must anticipate the earliest date on which an general election could be called.

He noted that eight of the last 11 provincial governments were majorities where, on average, the premier called an election before the governing party entered its fourth year in office.

"We are now more than halfway through the 2019-2020 fiscal year and a full two-and-a-half years into the current government's mandate," Temporale said, noting that the latest an election could be called in the spring of 2022.

"Without funding to prepare for the next general election, we are unable to move ahead with many of our election readiness activities, in particular those that require paying for external services, infrastructure and equipment."

Justice Minister Mark Furey issued a statement later in the day, saying the government has consistently provided Elections Nova Scotia with the money it needs to be election ready.

"Elections Nova Scotia has always done an exemplary job of managing general elections and byelections, and we have full confidence they will continue to do so," Furey said.

Temporale's report says he flagged the need for funding and legislative changes after the 2017 election, but the changes were not approved in the 2019-2020 fiscal year.

The report says the lack of funding and legislative uncertainty has hindered the ability of his independent, non-partisan agency to deliver on its mandate.

As well, Temporale says his office will face additional challenges with the implementation of the province's new electoral boundaries, which recently became law.

"Ideally, it takes 18 months to be election ready," Temporale said.

"For clarity, (my office) requires a minimum of one year with full election readiness funding to complete preparations for a general election .... Compressing the election readiness schedule into this shorter time frame requires staff to regularly work overtime to deliver the necessary activities."

"Rejecting budget requests from the body that governs our system puts our democratic institutions at risk and could undermine our democracy," the NDP's house leader said in a statement.

"If the Liberal government is concerned about the cost of election readiness, they could set fixed election dates."