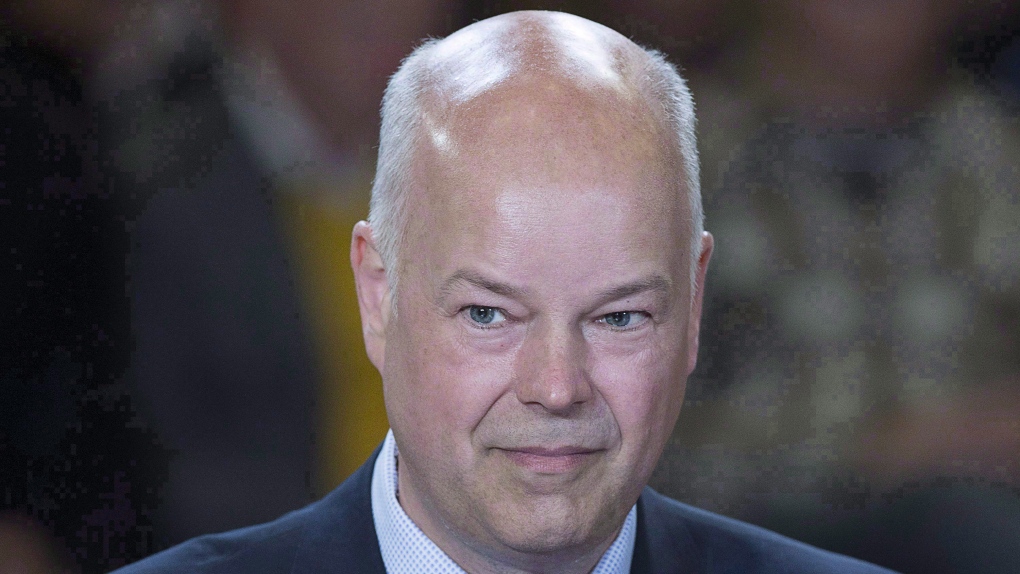 Nova Scotia Progressive Conservative leader Jamie Baillie participates in a leaders' round table at Saint Mary's University in Halifax on Thursday, May 25, 2017. Baillie is stepping down. (THE CANADIAN PRESS / Andrew Vaughan)

Nine of the 16 remaining caucus members were asked before their weekly meeting on Wednesday whether they believe party officials acted appropriately in opting not to trigger the legislature's formal process under its harassment policy.

All said party officials did the right thing in launching a third-party investigation after the complainant and Baillie chose not to follow the formal process.

Caucus whip Eddie Orrell, who would have handled any complaint under the formal process, said nothing was brought to his attention: "If either (party) doesn't want to have that process started they have that option."

Orrell said he was first informed by party officials about the investigation and Baillie's resignation at last week's caucus meeting.

"I'm satisfied with the process we followed as a party," he said. "It was acceptable ... and the investigation took place with both people involved."

Baillie, who announced plans last fall to step down after serving as Tory leader since 2010, resigned early after the party's investigation found he acted inappropriately and breached the legislature's policy on workplace harassment.

A news release issued Friday by party president Tara Miller said she was told by "multiple sources" about a single incident involving "one individual" in December.

A caucus spokeswoman later clarified that the initial information Miller received did not come directly from the individual at the centre of the complaint. She said it was the result of that person telling other people -- who then went to the party president.

Declared Tory leadership candidates John Lohr and Tim Houston were among those who expressed confidence in the steps taken by the party, even though Baillie's resignation was presented to caucus as a done deal.

"I'm happy the party took it serious and I believe it was a thoughtful process," Houston said, adding he thought the process was as "transparent as it needed to be."

Lohr was asked whether the public is owed more of an explanation. He said Baillie was asked to resign and he didn't have to.

"The only way the party could reject him as leader was at a leadership review," said Lohr. "He did resign so that speaks to the incident itself in my opinion."

Lohr added that it's "up to him (Baillie) to speak for himself."

On Wednesday MacFarlane was asked whether any financial settlement had been made with either of the parties involved in the allegations.

"No, not that I'm aware of, and anything like that would be out of my control anyway," she said.