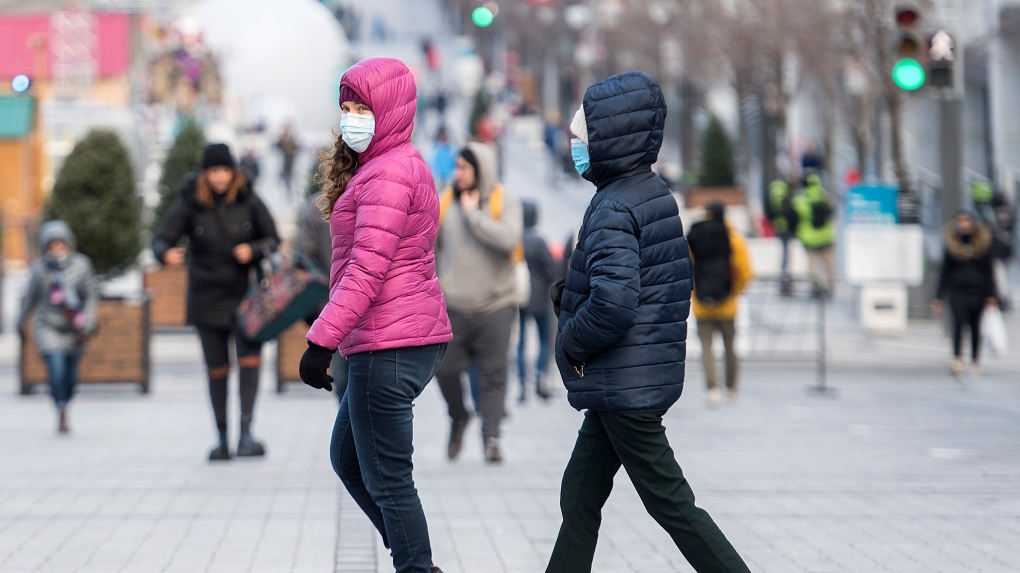 People wear face masks as they walk along a street in Montreal, Saturday, December 5, 2020, as the COVID-19 pandemic continues in Canada and around the world. THE CANADIAN PRESS/Graham Hughes

HALIFAX -- Health officials in Nova Scotia are advising residents to avoid non-essential travel to northwestern New Brunswick because of a rise in COVID-19 cases in the area.

Officials say they are also concerned that New Brunswick authorities have confirmed in the Edmundston, N.B., area the presence of a more contagious variant, first identified in the United Kingdom.

On Thursday, Nova Scotia officials stress there is no change to a policy announced last Friday that opened the province's boundary and allows New Brunswick travellers to visit Nova Scotia without self-isolating.

In a news release late Thursday, Premier Iain Rankin called the situation "dynamic" and says it's one his province is monitoring.

Rankin says the advisory follows a move by New Brunswick to place Edmundston and its surrounding areas into that province's red alert phase of COVID-19 restrictions.

Chief medical officer of health Dr. Robert Strang says travel to the area should be avoided "unless absolutely necessary."

Pandemic etiquette: How to safely and courteously navigate crowded sidewalks

China outlines COVID-origin findings, ahead of WHO report

Many Canadian employees unable to self-isolate when necessary: survey

'What am I going to do now?': Entrepreneurs lose hope as COVID-19 rages on