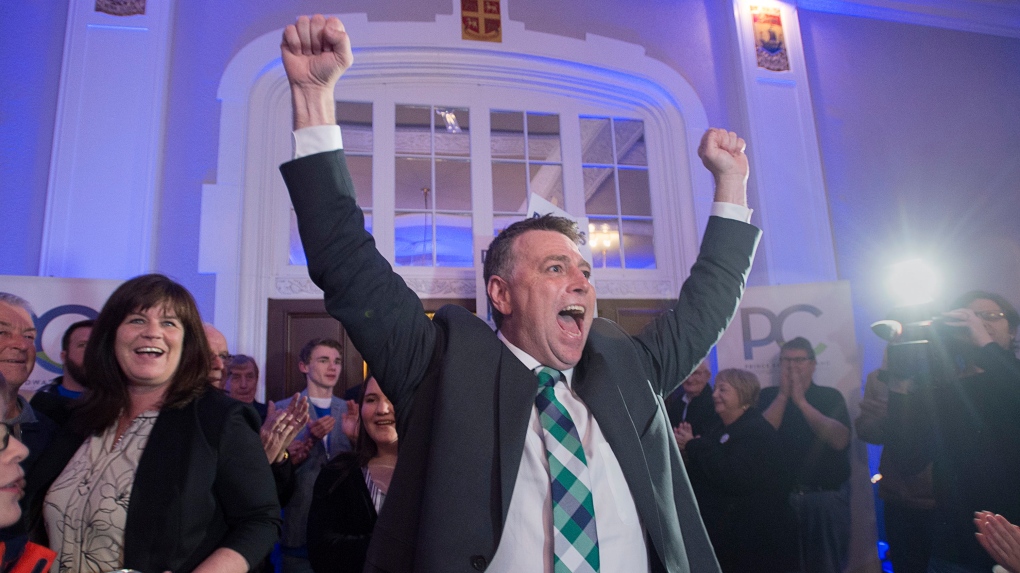 CHARLOTTETOWN -- Prince Edward Island's Premier designate Dennis King has received the confidence of the province's lieutenant-governor to form the next government.

The Progressive Conservative leader met with Lt.-Gov. Antoinette Perry on Tuesday to seek her endorsement to form a minority government that will have the confidence of the legislative assembly.

The Tories won 12 seats in the April 23 election, while the Green Party won eight and the Liberals six, creating the first minority outcome in a P.E.I. election since 1890.

King, a former political staffer and communications consultant, was elected to lead the Tories only two months ago.

A byelection is still to come in the district of Charlottetown-Hillsborough Park following the deaths of Green party candidate, Josh Underhay, and his young son in a boating mishap on the Hillsborough River last month.

Elections P.E.I. has said the byelection will be held in the riding within the next three months.

In a news release, King said he is humbled by the task ahead.

"This is an exciting time in the history of our province, and an extraordinary opportunity for our new government to do things differently as we work collaboratively and cooperatively, across party lines, for the betterment of our province," he said.