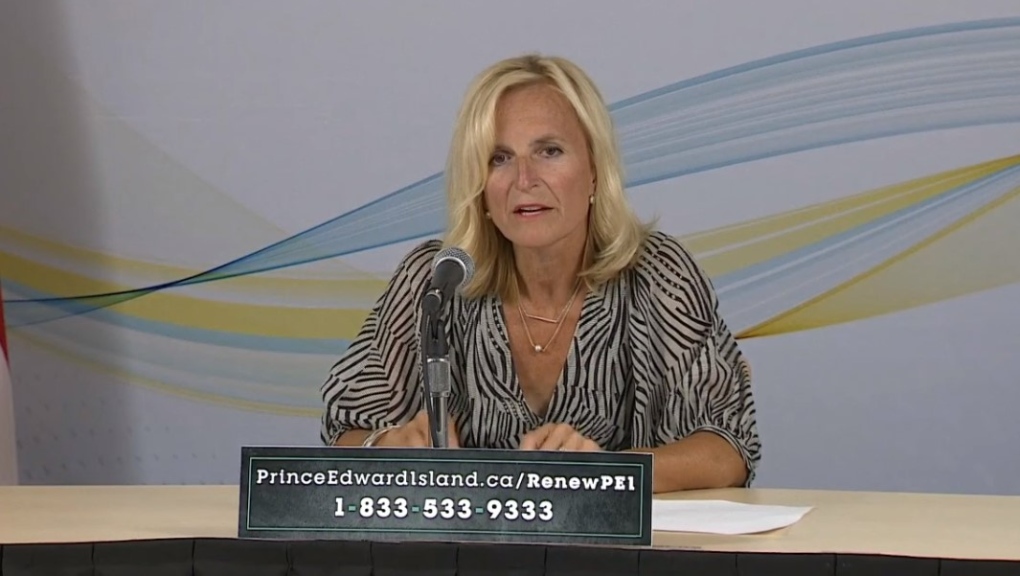 Morrison says the two men in their 30s and one in his 40s are from the same industry and are not health care workers, but she did not give details.

She says the new infections are not connected to five cases announced last week and are not related to the Canadian Premier Soccer League, which is conducting a tournament on the Island.

Morrison says the three individuals travelled to P.E.I. on Aug. 5 and have been self-isolating since then.

She is warning anyone who travelled on Air Canada flight 626 from Toronto to Halifax on Aug. 5 that they may have been exposed to COVID-19 and should monitor themselves for symptoms of the virus.

The new infections bring the Island's total reported cases to 44, with 40 of them considered recovered.

P.E.I. has not had any deaths or hospitalizations from COVID-19.

"Despite having four active cases of COVID-19 in the province the risk of transmission of the virus to Islanders is low," Morrison told reporters.

She is also increasing the limits on public gatherings to 150 people, beginning immediately. Morrison says up to three cohorts of 50 people can gather for events as long as there is an approved plan that addresses physical distancing.

"This increase in the gathering limit allows more people to attend worship services, concerts and sporting events to name a few," she said. Singing is also permitted at these events if performers remain at a two-metre distance from others and wear a mask.

She says the further reopening of the province will be contingent on low community prevalence of COVID-19. "By early October our plan would be to ease measures to a point that would represent a new normal until Islanders have access to an effective vaccine."

The Atlantic bubble, she adds, will remain closed to the rest of the country for now. Since July, Atlantic Canadians have been able to travel within the region without having to self-isolate for 14 days after crossing a provincial border.

Should I keep my children home? Your back-to-school questions answered

Study shows how COVID-19 may be transmitted onboard flights

'Definitely unusual': University students in N.B. self-isolating in residence ahead of classes

Many parents nervous about return of school, plan to send kids anyway: survey

COVID-19 is now the No. 3 cause of death in the U.S. But testing to find and isolate cases has dropped off