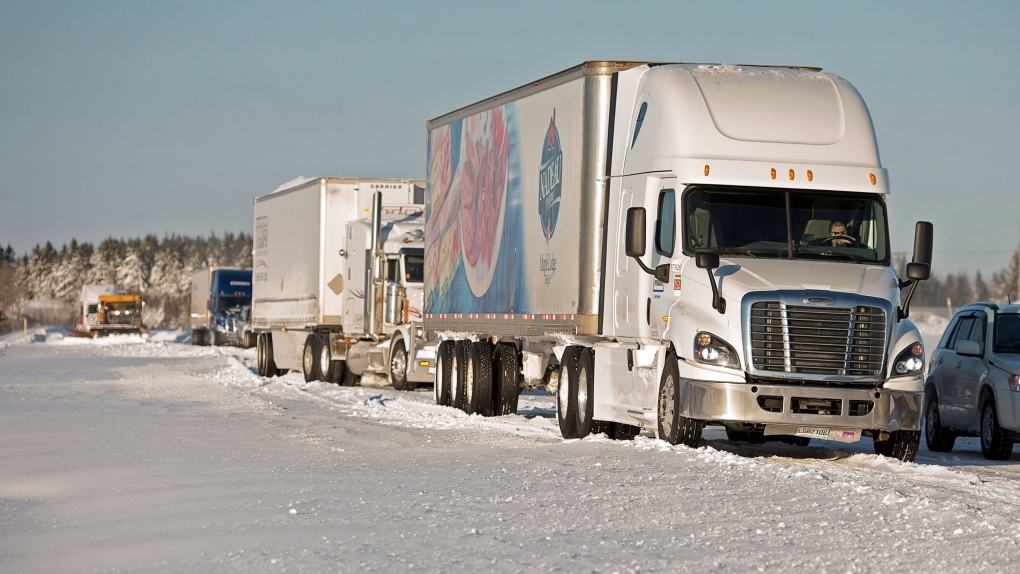 Traffic idles on a section of the Trans-Canada highway near Memramcook, N.B., on Tuesday, Feb. 3, 2015. (THE CANADIAN PRESS/Andrew Vaughan)

Jamie Fox is joining other Maritime politicians, including Nova Scotia Premier Stephen McNeil, in raising concerns over the placement of the tolls.

Fox says P.E.I.'s exports are mainly trucked through New Brunswick to destinations across North America and tolls would drive up the cost of those goods.

Fox, who is calling on P.E.I. Premier Wade MacLauchlan to fight the idea, also says tolls would hurt the pocketbooks of Islanders who travel to the mainland for medical care.

The New Brunswick government is considering three toll options as it considers how to chop away at its massive debt and deficit in a budget to be tabled Tuesday.

McNeil has said New Brunswick has the final say but hinted that one of those options -- a toll at Aulac, N.B., near the Nova Scotia border -- wasn't a good idea.