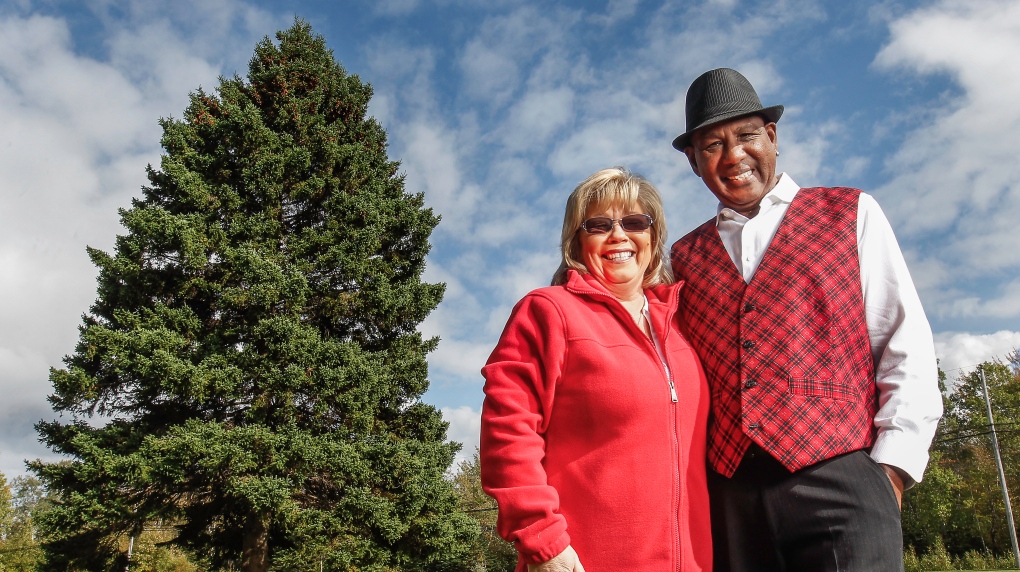 Desmond Waithe and Corina Saunders have donated a 45-foot-white spruce from their property in Black Point, N.S. for the annual tradition. (Nova Scotia Government)

HALIFAX -- Nova Scotia’s annual gift to the City of Boston will come from Pictou County this year.

Desmond Waithe and Corina Saunders have donated a 45-foot-white spruce from their property in Black Point, N.S. for the annual tradition.

"We are very proud and honoured to have our tree represent Nova Scotia in this year's tradition of Tree for Boston,” said Waithe in a statement released Wednesday.

“It is important to remember our past and recognize Boston for all their support during a tough moment in Nova Scotia's history."

A tree-cutting ceremony will be held on Nov. 13, with students from Pictou Landing First Nation and Frank H. MacDonald Elementary School in attendance.

The official send-off for the tree will be held on Nov. 15 at Grand Parade in Halifax. Spectators will have a chance to view the tree during Halifax’s Holiday Parade of Lights on Nov. 16.

The tree will then make the 1,100-trek to Boston before a tree-lighting ceremony at the Boston Common on Dec. 5.

The annual tradition of gifting a tree to Boston is Nova Scotia’s way of thanking the city for sending medical personnel and supplies following the Halifax Explosion.

Two wartime ships -- one of which was carrying explosives -- collided on Dec. 6, 1917, killing about 2,000 people and leaving thousands more injured and homeless. The explosion flattened a wide swath of the port city, including a Mi'kmaq village on the other side of the harbour.

It remains one of Canada's worst human-caused disasters.

"The Tree for Boston is about gratitude, friendship and harmony," said Nova Scotia Lands and Forestry Minister Iain Rankin.

"We continue to honour Boston for their kindness during our time of need following the Halifax Explosion 102 years ago."