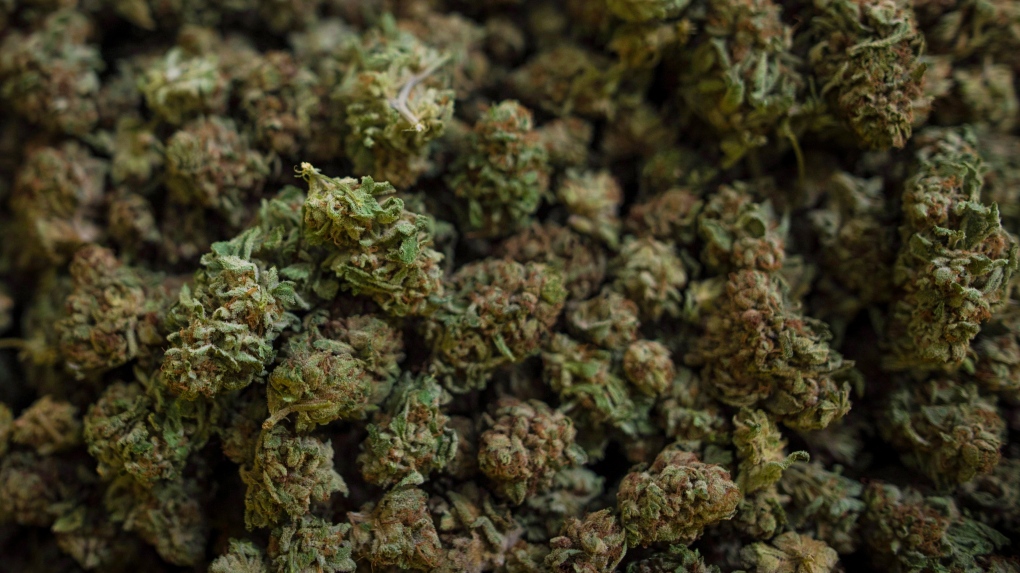 Cannabis harvested at the CannTrust Niagara Greenhouse Facility in Fenwick, Ont., is photographed on June 26, 2018. (THE CANADIAN PRESS/ Tijana Martin)

The celebratory mood that marked the legalization of recreational cannabis lost a bit of its high for some consumers who found themselves with hefty fines for allegedly violating laws around pot use.

Hours after people lined up outside Newfoundland cannabis stores to buy the first legal bud in Canada, police in St. John's, N.L., say they ticketed a man accused of having more than 30 grams of weed in a public place without a licence.

Police arrested the 41-year-old man following reports that he assaulted a woman. But they say at the time of the arrest they discovered he "had a quantity of cannabis" and was issued a summary offence ticket.

Halifax district RCMP said they issued a $295 fine after officers spotted an open bag of government-supplied cannabis within the driver's reach after he was pulled over for having expired plates at 2:30 a.m. Thursday in Dartmouth.

"It was right in the centre console," said Cpl. Dal Hutchinson.

"They openly admitted that they knew they should have placed it elsewhere. On a positive note, there were no signs of impairment."

Halifax Regional Police said they laid one charge of impaired driving after pulling a vehicle over in the city's west end just before 9 a.m. on Thursday.

Police said the man appeared impaired by cannabis, but they are awaiting confirmation by the RCMP drug testing lab.

The Ontario Provincial Police took to Twitter early Wednesday to post a photo of a $215 ticket given to someone who allegedly had a baggy of marijuana in their car, urging people not to indulge while in a vehicle.

"Public safety is our commitment!! It is NOT OK for a driver to have marijuana beside them while operating a motor vehicle. Arrive alive, drive sober!!" OPP Central said on its Twitter feed.

Winnipeg police also posted a picture on Twitter of a $672 ticket handed out to someone accused of consuming cannabis in a motor vehicle.

Police say the ticket was issued early Wednesday morning, and they reminded people that while consuming cannabis is now legal, it is against the law to consume it in a car under the Highway Traffic Act.

A spokesman for the Halifax municipality said Wednesday that bylaw enforcement officers were handing out information pamphlets to people they saw smoking marijuana or tobacco outside designated areas.